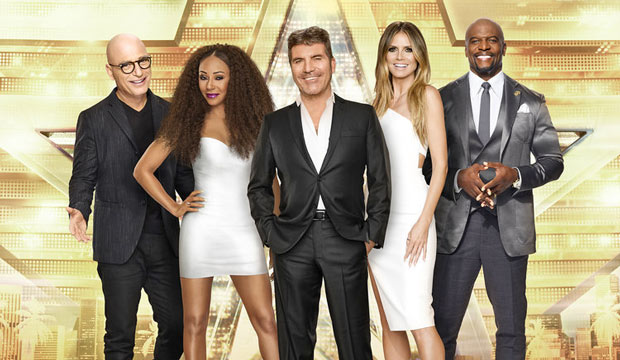 If you have burning questions about the Superfan voters on “America’s Got Talent: The Champions,” you’ve come to the right place. A rep for the NBC reality TV show confirms to Gold Derby that since “AGT” has “always been about the people’s vote,” the Superfan voting method, which brings together delegates from all 50 states, was a way to “empower our fans” even in a season that was not airing live. Scroll down for detailed answers about the Superfans who wield all the power for this spinoff series.

SEE Darci Lynne Farmer shockingly eliminated on ‘America’s Got Talent: The Champions’: Did Superfans get it wrong? [POLL]

“We compiled a group of Superfans for each show taping that is reflective and as diverse as our nationwide viewing audience,” we’re told about the diversity of the voters. As for how they were originally chosen to take part in the “Champions” series, a “research team sourced delegates from all 50 states who have been longtime and dedicated viewers of ‘AGT.'” In other words, we can rest assured that the people voting know the vast history of the show, which has aired for 13 seasons on the peacock network.

The Superfans were not in the audience watching the acts perform along with judges Simon Cowell, Heidi Klum, Mel B and Howie Mandel. Instead, the “America’s Got Talent” rep explains that “this elite group of individuals watched each show taping off-camera in a controlled environment within the show’s venue.” While the exact number of voters was not disclosed, they did confirm earlier reports that the Superfans are “not necessarily the exact same group of individuals voting for each episode, but there was some cross-over from week-to-week, similar to what you would find with any voting show.”

Unlike regular versions of the show that required viewers to call or text their votes, a brand new voting method was created for the Superfans. “After viewing all of the acts, the Superfans cast their votes via electronic keypads and were personally responsible for selecting the people’s choice winner for each episode,” we’ve learned. In the first episode the Superfans voted for comedian Preacher Lawson and in the second episode it was opera/rock singer Cristina Ramos.

The network emphasizes, “While we have expert judges who provide commentary on each act and get to provide one Golden Buzzer each throughout the season, the final decision comes down to our loyal viewers.” That means the Superfans get to pick the ultimate winner of “America’s Got Talent: The Champions.” The 10 finalists perform on February 11 and the winner is named during the February 18 finale.