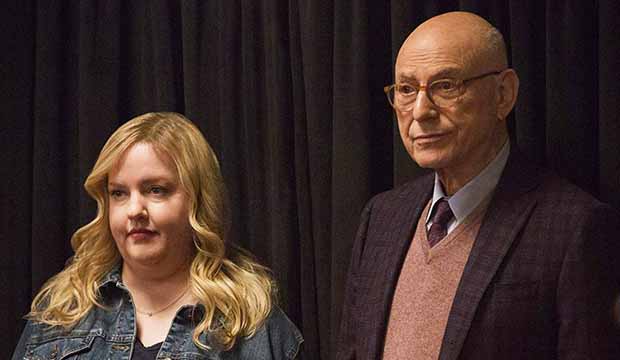 Gold Derby can exclusively reveal that Alan Arkin is entering “The Kominsky Method” episode “An Agent Grieves” as his 2019 Emmy Awards submission for Best Comedy Supporting Actor. This program streamed November 16 and was the second episode of the first season for the Netflix show.

In this installment, acting agent Norman Newlander (Arkin) is grieving the loss of his wife and asks his friend and client Sandy (Michael Douglas) to assist with the funeral plans. Norman’s daughter Phoebe (Lisa Edelstein), a prescription drug addict, arrives unexpectedly.

It’s the fifth career nomination for Arkin without a previous win. For this year’s contest, he is competing against 2018 champ Henry Winkler and his “Barry” co-stars Anthony Carrigan and Stephen Root, plus previous winners Tony Hale (“Veep”) and Tony Shalhoub (“The Marvelous Mrs. Maisel”).