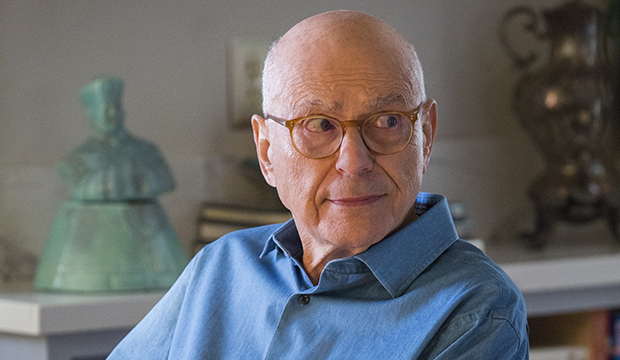 Arkin would be the 25th performer and 10th man to win the top three acting prizes — Oscar, Emmy and Tony — in the biz. The elite group has ballooned in recent years; this decade alone has seen the addition of six new faces. Christopher Plummer completed his set in 2012 with his Best Supporting Actor Oscar win for “Beginners.” Helen Mirren (Tony for “The Audience”) and Frances McDormand (Emmy for “Olive Kitteridge”) joined in 2015, followed by Jessica Lange in 2016 (Tony for “Long Day’s Journey into Night”), Viola Davis in 2017 (Oscar for “Fences”) and Glenda Jackson in 2018 (Tony for “Three Tall Women”).

Glenn Close would’ve been the latest Triple Crown champ had she won the Best Actress Oscar for “The Wife” earlier this year.

Arkin first collected a Tony in 1963 for Best Featured Actor in a Play for “Enter Laughing” and nabbed the Best Supporting Actor Oscar more than 40 years later for “Little Miss Sunshine” (2006). Now on his fifth Emmy nomination, he was previously shortlisted in the now-defunct category of Best Single Performance by an Actor in a Leading Role in a Drama for “ABC Stage 67” (1967); Best Limited Series/TV Movie Actor for “Escape from Sobibor” (1987); Best Drama Guest Actor for “Chicago Hope” (1997); and Best Limited Series/TV Movie Supporting Actor for “The Pentagon Papers” (2003).

Currently, Arkin, who received Golden Globe and Screen Actors Guild Awards nominations for “Kominsky,” is in second place to win in our early odds, trailing SAG champ Tony Shalhoub (“The Marvelous Mrs. Maisel”). But Arkin does have more support from our Experts than Shalhoub does, seven to six. Defending champ Henry Winkler (“Barry”) is in third, followed by two-time winner Tony Hale (“Veep”) and “Barry” co-stars Stephen Root and Anthony Carrigan.