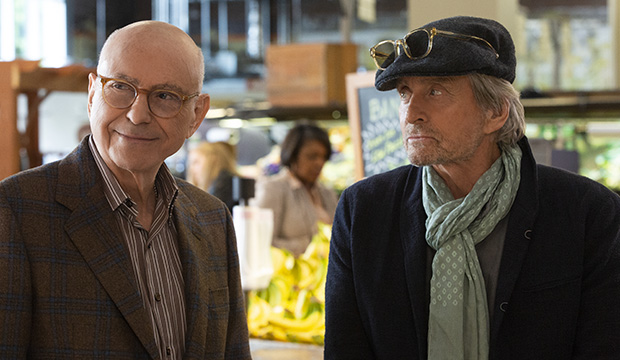 While Glenn Close did not join the Triple Crown of Acting club as expected after her Oscar loss for “The Wife,” we may still get a new member for the fifth year in a row. Alan Arkin just needs an Emmy to go with his Oscar and Tony, and what do you know? He’s currently the favorite in our early odds to win Best Comedy Supporting Actor for “The Kominsky Method.”

Arkin, who received Golden Globe and Screen Actors Guild Awards nominations for the Netflix series, would be the 25th performer to achieve the premier acting trifecta. Fifteen women and nine men have accomplished it, and Arkin would be the first man to do so since Christopher Plummer completed his sweep in 2012 with his Best Supporting Actor Oscar win for “Beginners.”

Five women have since Triple Crown’d in the last four years. 2015 added two members: Helen Mirren and Frances McDormand, with the former’s Tony win for “The Audience” and the latter’s Emmy triumph for “Olive Kitteridge.” Jessica Lange joined in 2016, thanks to her Tony win for “Long Day’s Journey into Night.” In 2017, Viola Davis became the first black performer to pull off the feat after her Oscar victory for “Fences.” Glenda Jackson is the most recent Triple Crown champ, following her Tony win last year for “Three Tall Women.”

Arkin won the Best Featured Actor in a Play Tony in 1963 for “Enter Laughing” and took home the Best Supporting Actor Oscar for “Little Miss Sunshine” (2006). A four-time Emmy nominee, he was up in the now-defunct category of Best Single Performance by an Actor in a Leading Role in a Drama for “ABC Stage 67” (1967); Best Limited Series/TV Movie Actor for “Escape from Sobibor” (1987); Best Drama Guest Actor for “Chicago Hope” (1997); and Best Limited Series/TV Movie Supporting Actor for “The Pentagon Papers” (2003).

Arkin would have to fend off some formidable opponents to claim that Emmy. Two-time champ Tony Hale (“Veep”) is back and is in second place in our odds, followed by reigning champ Henry Winkler (“Barry”), three-time Emmy winner Tony Shalhoub (“The Marvelous Mrs. Maisel”) — who beat Arkin at SAG — four-time nominee Tituss Burgess (“Unbreakable Kimmy Schmidt”) and two-time nominee Matt Walsh (“Veep”).