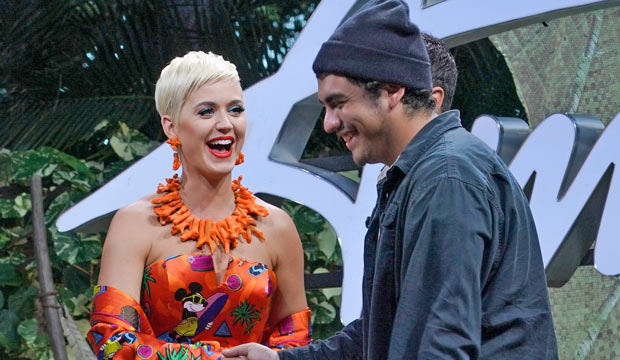 Update: All of the tour dates have sold out. Keep refreshing this page to see if more tour dates are added.

One day after being named the runner-up of “American Idol” Season 17, Alejandro Aranda has announced the schedule for his nationwide tour. The tour will begin in Washington, DC on July 8 and then continue on to New York, Massachusetts, Illinois and California. Alejandro’s final show will take place — where else? — in his hometown of Pomona, CA on July 18. See the full schedule below. Following his announcement, “American Idol” judge Katy Perry, aka Alejandro’s #1 fan, commented on Instagram, “Let me be a roadie pls.”

Unknown at this point is whether any of Alejandro’s “American Idol” competitors will join him on the tour, including winner Laine Hardy or third-place finisher Madison Vandenburg. However, we have a feeling that Top 10 finalist Walker Burroughs will be in attendance at one of Alejandro’s shows since he commented on Instagram that the tour is “gonna be so sick.”

Alejandro may not have won “American Idol,” but this humble homie forever changed the game by staying true to himself as an artist week after week. “It’s been such a pleasure to live in the same lifetime as you,” Katy told Alejandro during the season finale. “Some would say in the past ‘American Idol’ has been a bit of a karaoke show. Not anymore. When people like you come on, you bring original music, you bring artistry, and you make the stakes even higher. Thank you.”

Some of the original songs that fans should expect to see Alejandro perform on the tour include “Out Loud,” “Millennial Love,” “Tonight,” “10 Years,” “Cholo Love,” “Poison” and “Blesser.” He performed all seven of these originals throughout his time on the show, more than any other “American Idol” contestant in the past 17 seasons.