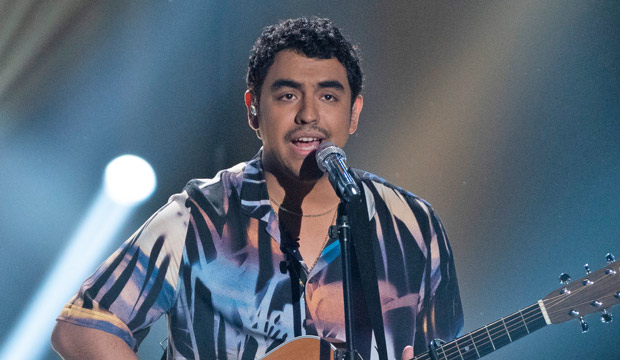 Katy Perry was right that Alejandro Aranda, the 24-year-old humble homie from Pomona, California, did change “American Idol” forever by side-stepping singing cover versions of other people’s hits and instead presenting his own music. Over the course of Season 17, he sang seven of his self-penned tunes, more than any contestant ever. He felt authentic as he put his heart and soul into both his musicianship and his vocals.

But while his insistence on singing his own originals could be seen as an act of rebellion on a reality competition built upon what Katy labeled “a karaoke show” premise, I would suggest Alejandro’s most brazen act was letting his music speak for him and refusing to divulge intimate details of life. We found out about Jeremiah Lloyd Graham‘s struggle to come out as gay to his religious parents. We learned about Wade Cota‘s abusive dad and his deep admiration for his mother and stepfather. Perhaps divulging such personal stories could help others struggling with similar situations.

But when it came to doing an ode to a hero in his life on Mother’s Day, Alejandro honored not a loved one but a musical mentor named Twin Shadow by dedicating to him his self-penned, “Blesser,” a tune that his fans had been craving to hear on TV for weeks.

By the time the hometown visit came around with only Alejandro’s niece Jalyn and nephew Jordan representing his family during the finale, it became clear to me that at some point he was likely estranged from his parents. When he heard the children’s chorus harmonize on his song “Out Loud” and realized their moms and dads were in the audience,  a teary-eyed Alejandro confessed to the crowd, “I’m just saying I never had a lot of support.” He encouraged them to continue to back their kids and allow them to follow their artistic dreams.

Would this former dishwasher who only seriously started pursuing a music career a couple of years ago have won the season if he had shared more personal stories on air? Who knows? But it was refreshing to have a contestant skip the soap-operatic confessionals and simply earn runner-up status primarily on talent. To have stars like Ben Harper and Stevie Nicks praise your gifts might just be a win enough.

'American Idol' Winners Full List: Photos and Where Are They Now Updates