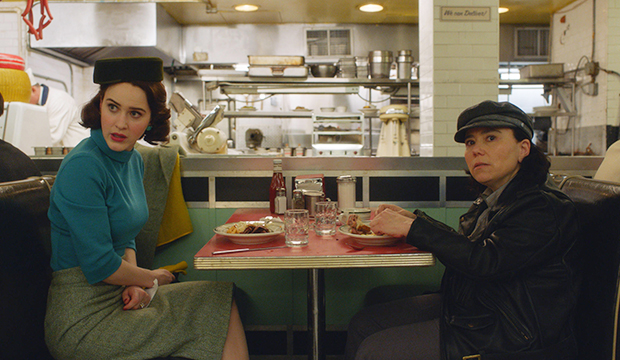 Alex Borstein is the odds-on favorite to win her second straight Best Comedy Supporting Actress Emmy for “The Marvelous Mrs. Maisel,” and if you go by a recent trend, it’d be hard to bet against her. Should Borstein prevail again, it’d be the fourth time this decade someone won two in a row in this category.

Borstein, who also took home a voiceover Emmy last year for “Family Guy,” should have no problem making the cut the again and another win is certainly not out of the question — she had enough support to get into the single comedy actress field at the Screen Actors Guild Awards, where she lost to her co-star Rachel Brosnahan.

Speaking of Brosnahan, she’ll have to face off against Julia Louis-Dreyfus (“Veep”) in Best Comedy Actress Emmy. If voters don’t want to deny Louis-Dreyfus her seventh statuette for “Veep” but also want to spread the love, they could check off JLD and Borstein to cover their bases. Borstein, of course, has her own “Veep” star to deal with, Anna Chlumsky, but Chlumsky is 0-5 in the category. Sure, it’s her last chance to win for “Veep,” but Emmy voters aren’t as sentimental as you might think.

If Borstein doesn’t repeat, it might signal the end of this trend. Before Bowen, the last person to go back to back was Doris Roberts, who triumphed three years in a row for “Everybody Loves Raymond” from 2001-03; she won a fourth time in 2005.