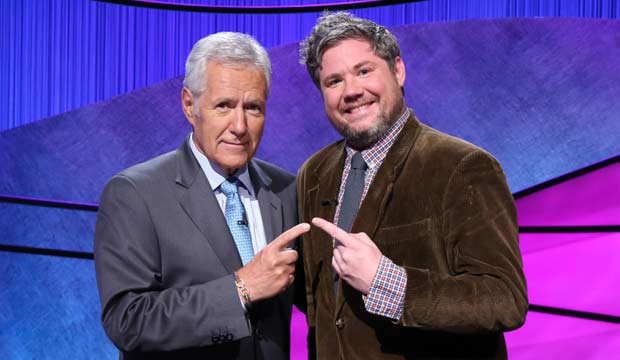 “Jeopardy!” has won Best Game Show at the Daytime Emmys a remarkable 16 times, more than any other program in history. But host Alex Trebek has only won Best Game Show Host five times — an impressive total to be sure, but less than a third of the top prizes the show has won. Trebek also received a Lifetime Achievement Award in 2011, but it has been 11 years since his last competitive victory. Can he collect this prize for the first time since 2008?

Despite his relatively long drought, Trebek is the front-runner to win this year, according to the combined predictions of hundreds of Gold Derby users. He gets leading odds of 3/1 with overwhelming support from our Top 24 Users, who got the highest scores predicting last year’s winners, and our All-Star Top 24, who had the best prediction scores when you combine the last two years’ results.

Trebek is the sentimental favorite this year following his recent announcement that he’s fighting stage-four pancreatic cancer, but he’s up against the defending champ, Wayne Brady (“Let’s Make a Deal”), himself a longtime Emmy darling who one of our Top 24 Users thinks will prevail again.

Also backed by one of our Top 24 is John Michael Higgins, a first-time nominee for “America Says.” A veteran comedic actor known for his roles in Christopher Guest movies like “Best in Show” and “A Mighty Wind,” Higgins has rarely been singled out by his industry peers, so voters may feel he’s due for a victory.

But whoever wins this category will still have a long way to go if they ever want to catch the all-time record holder, retired “The Price is Right” host Bob Barker, who won this prize a remarkable 14 times over the course of his career. So while Trebek is the current favorite, Barker’s record is not in jeopardy.