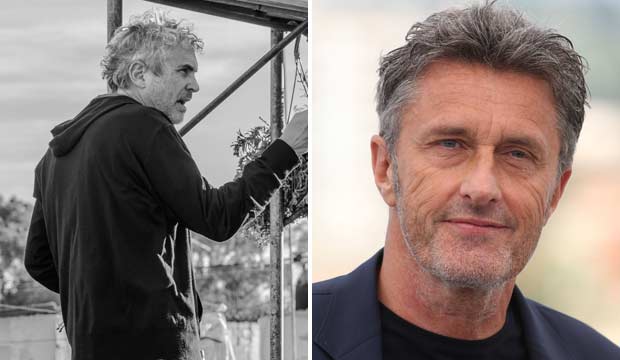 The Best Director Oscar nomination this year for Alfonso Cuaron (“Roma”) came as no surprise — and he has long been the front-runner to win — but not everyone predicted that he would be joined by Pawel Pawlikowski (“Cold War”). It’s rare enough for one foreign language film director to earn a nomination in that category, let alone two. In fact, this is the first instance of two such directors nominated at the same time in 42 years.

The last time it happened was when Ingmar Bergman (Sweden’s “Face to Face”) and Lina Wertmuller (Italy’s “Seven Beauties”) were up for Best Director in 1976. That year was also historic because Wertmuller was the first woman ever nominated for directing.

You could arguably also count 2006. That year Clint Eastwood was nominated for the Japanese-language “Letters from Iwo Jima,” while Alejandro Gonzalez Inarritu was nominated for the multilingual “Babel,” but large portions of “Babel” are in English, so it’s not generally considered a foreign language film.

Meanwhile, Pawlikowski is only the third Polish director to be nominated, following Roman Polanski and Krzysztof Kieslowski, but he is the first to be cited for a film in the Polish language. Pawlikowski already made history for his nation when his previous film “Ida” (2014) became Poland’s first Oscar winner for Best Foreign Language Film.

So will the flag fly for Cuaron or Pawlikowski when the Oscar winners are announced on February 24?

Be sure to check out how our experts rank this year’s Oscar contenders. Then take a look at the most up-to-date combined odds before you make your own Oscar predictions. Don’t be afraid to jump in now since you can keep changing your predictions until winners are announced on  February 24.