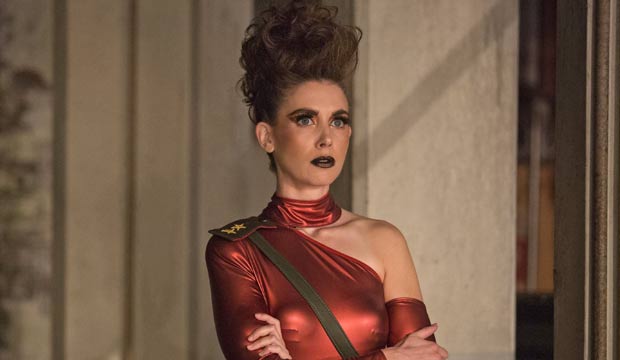 “GLOW” earned 10 Emmy nominations last year, including Best Comedy Series, so it was a surprise that leading lady Alison Brie wasn’t one of them. Will voters make it up to her for Season 2? Some of our top users think so.

The Netflix series is a fictionalized account of the real-life “Gorgeous Ladies of Wrestling” TV promotion that ran during the 1980s. Brie stars as Ruth Wilder, a struggling actress who becomes a grappler after striking out with traditional gigs. Marc Maron co-stars as Sam Sylvia, the director of the production. But the only acting nominee for the show was Betty Gilpin, who contended for Best Comedy Supporting Actress for her performance as Ruth’s estranged friend Debbie Eagan.

Those acting snubs were surprising since Brie had been nominated at the Golden Globe, Critics’ Choice and SAG Awards for her performance, and Maron had joined her at the latter two events. But sometimes it takes a year or two for Emmy voters to catch up to a performer. Multiple actresses in recent years had to wait until their sophomore seasons to make the cut, including Tracee Ellis Ross (“Black-ish”), Ellie Kemper (“Unbreakable Kimmy Schmidt”) and Issa Rae (“Insecure”).

And Brie doesn’t just have an Emmy IOU from “GLOW.” She also had standout roles in “Community” and “Mad Men” that never got the academy’s attention. But most of our top users think Brie will get her overdue kudos this year: 17 of our Top 24 Users, who got the highest scores predicting last year’s nominations, say Brie will finally break through, even over last year’s nominees Rae, Ross and Lily Tomlin (“Grace and Frankie”).

Winning, though, might be more of an uphill battle since she’d have to unseat Julia Louis-Dreyfus (“Veep”) and Rachel Brosnahan (“The Marvelous Mrs. Maisel”), who are the only two women who have won the category since 2012. But it would be a different story if they tried to challenge Brie in the squared circle.