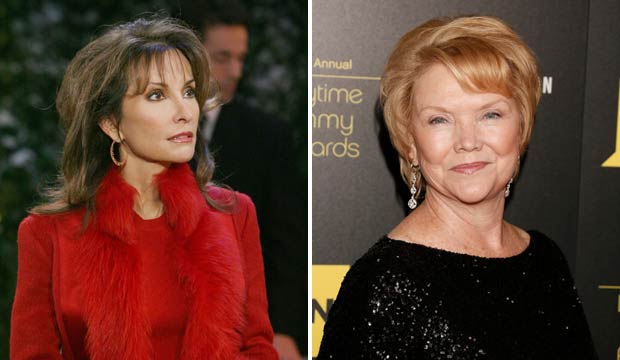 ABC only has one soap opera left on the air, “General Hospital,” but might that change in the near future? During the Television Critics Association tour in February, the network’s entertainment president Karey Burke teased the possibility of bringing back cancelled dramas “All My Children” and “One Life to Live”: “There might be some conversation about that,” she said. “There might be.” Should the network really resurrect the two shows? And if so, in what form? Scroll down to vote in our poll to let us know.

ABC axed “AMC” in 2011, and “OLTL” followed shortly thereafter by going off the air in 2012. There was one attempted resurrection of both shows in 2013 by the production company Prospect Park, which tried to continue the soaps online, but that was a short-lived experiment that was plagued by behind-the-scenes legal battles.

But even though streaming the shows didn’t work out the first time, maybe that’s just because the groundbreaking digital soaps were just a little too far ahead of their time. After all, streaming shows were still in their infancy in 2013, the year Netflix premiered “House of Cards” and “Orange is the New Black.” Just five years after that Netflix was the most nominated network at the Emmys, and in 2019 Netflix almost won Best Picture at the Oscars with “Roma.” That doesn’t even count the streaming rivals that have also made strides in film and television like Amazon (“The Marvelous Mrs. Maisel,” “Cold War“) and Hulu (“The Handmaid’s Tale,” “Minding the Gap“). And in recent years bringing back old shows has become common practice on TV — just look at “The X-Files,” “Will and Grace,” “Twin Peaks” and “Murphy Brown.”

Now ABC has the rights to its cancelled soaps once again, and they have something Prospect Park didn’t: potentially a huge Disney platform. The Mouse House owns the ABC network — and seemingly every other piece of media and intellectual property — and later this year the studio is launching its own Disney Plus streaming service. So if anyone has the juice to bring soaps back to life, it’s the entertainment behemoth behind “Avengers” and “Star Wars.”

SEEAmelia Heinle (‘The Young and the Restless’): Will 2-time Daytime Emmy champ finally get promoted to lead race?

What do you think? Should “All My Children” and “One Life” get a third life online? Should they come back in their traditional TV form? Or has their time truly passed? Vote below.