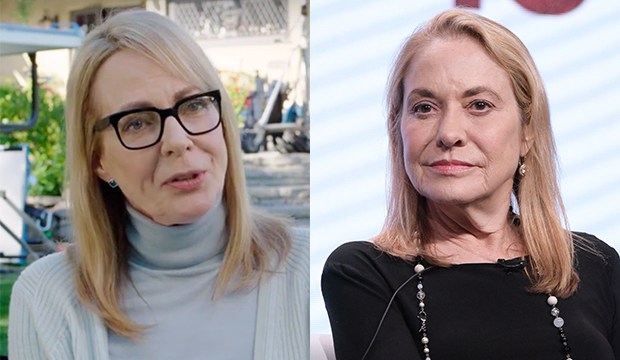 “Bombshell” shocked us all earlier this month when it over-performed with four Screen Actors Guild Award nominations, including for ensemble. The star-studded cast is peppered with a bunch of familiar faces, one of whom is Allison Janney, who would set a new SAG Awards benchmark if the cast wins.

The actress is seeking to become the first person to win three SAG Awards for ensemble. How difficult has this barrier been to crack? Janney is one of a whopping 18 people with two victories, having won as part of the “American Beauty” (1999) and “The Help” (2011) casts.

“Bombshell” marks Janney’s fifth bid in the category — she was also up for “The Hours” (2002) and “Hairspray” (2007) — the second most behind six-time ensemble nominees Cate Blanchett, Russell Crowe and Brad Pitt. Blanchett and Pitt have one win each, for “The Lord of the Rings: The Return of the King” (2003) and “Inglourious Basterds” (2009), respectively (Pitt is also nominated this year with the “Once Upon a Time in Hollywood” posse), while Crowe is the category’s biggest loser at 0-6.

At the moment, “Bombshell” is in fourth place in our odds, behind “Once Upon a Time in Hollywood,” “Parasite” and “The Irishman,” and ahead of “Jojo Rabbit.” But given how it surprised with four nominations despite late screeners, don’t underestimate it. It’s a very SAG-friendly film about a timely subject with a large ensemble playing Fox News firebrands — though because of the SAG Awards’ single title card credit rule, only eight actors are eligible for the award. Janney plays Susan Estrich, the raspy-voiced lawyer retained by Roger Ailes (John Lithgow) in the sexual harassment case at the center of the film that ultimately brought him down at Fox News.

If “Bombshell” triumphs, Janney would also move up the overall “most wins” chart. She currently has seven statuettes: two in film ensemble, one in film supporting actress for “I, Tonya” (2017), two in TV drama ensemble for “The West Wing” (2001-02) and two in TV drama actress for “The West Wing” (2001-02). Eight wins would tie her with Julianna Margulies and Alec Baldwin and put her one behind record holder Julia Louis-Dreyfus.