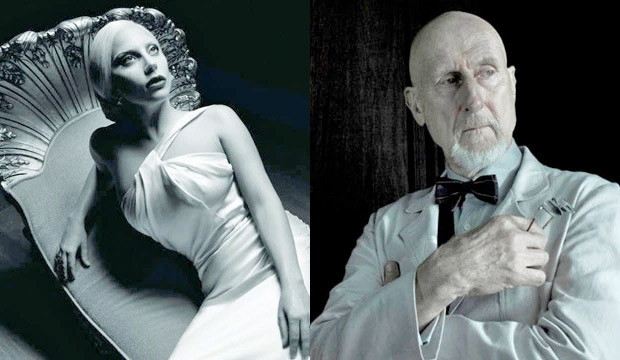 With “American Horror Story” regulars Sarah Paulson and Evan Peters both reportedly sitting out of “1984,” at least in major roles, the new season will be one for the record books as they’re the only actors to appear in the first eight installments. Rest assured: Several “AHS” stars will return for Season 9 of FX’s anthology series, including Emma Roberts, Cody Fern, John Carroll Lynch, Leslie Grossman and Billie Lourd. But which former cast member are YOU still hoping receives a welcome back invite from showrunner Ryan Murphy? Check out my five suggestions below, and then be sure to vote in the poll.

Lady Gaga
“AHS” claim to fame: The Countess in “Hotel”
Gaga has been so busy with her music and film careers that she hasn’t appeared on “American Horror Story” since a brief role as the Scathach in “Roanoke.” Of course, it was her breakout turn in Season 5, “Hotel,” that won her a Golden Globe and finally made the industry stand up and see her as a serious actress. That victory likely resulted in her getting a plum role in Bradley Cooper‘s remake of “A Star Is Born.” The film was nominated for eight Oscars including two for Gaga: Best Actress (which she lost to Olivia Colman of “The Favourite”) and Best Song (which she won for “Shallow”).

James Cromwell
“AHS” claim to fame: Dr. Arthur Arden in “Asylum”
To date Cromwell is the only male actor to win an Emmy Award for starring on “American Horror Story.” He prevailed as Best Movie/Mini Supporting Actor in 2013 for his role as a Nazi doctor who experiments on his victims at the 1960s mental asylum. Despite his awards accolades, Cromwell hasn’t been seen on the franchise since way back in the second season. The always-busy actor also has a Best Supporting Actor Oscar nomination to his name for “Babe” (1995).

Lily Rabe
“AHS” claim to fame: Sister Mary Eunice in “Asylum” and “Freak Show”
This “Horror Story” original has popped up on seven of the eight installments so far (missing out on “Cult”), but she hasn’t appeared in a major role since “Roanoke.” Rabe is often considered one of the show’s unsung heroes thanks to her frightening role as the devilish Sister Mary, who starred in “Asylum” and had a cameo later on in “Freak Show.” Her “Coven” character Misty Day is another favorite, and fans got to see her ever-so-briefly again in last year’s “Apocalypse.”

Finn Wittrock
“AHS” claim to fame: Dandy Mott in “Freak Show”
Wittrock received an Emmy nomination for playing psychotic serial killer Dandy in his debut season. (Three years later he received his second bid thanks to another Ryan Murphy show, “The Assassination of Gianni Versace.”) Despite his impact on “American Horror Story,” Wittrock has surprisingly only appeared in three seasons: “Freak Show,” “Hotel” and “Roanoke.” He’ll next be seen on Murphy’s Netflix show “Ratched” where he’ll reunite with “AHS” scream queen Paulson.

Gabourey Sidibe
“AHS” claim to fame: Queenie in “Coven,” “Hotel” and “Apocalypse”
This Oscar nominee for “Precious” (2009) has popped up in no less than three seasons as her fan-fave witch Queenie, who has the ability to hurt people by injuring her own body. She debuted in “Coven,” then later died in “Hotel,” then was resurrected in “Apocalypse.” She also appeared in three episodes of “Freak Show” as Regina Ross, the daughter of Dandy’s maid played by the legendary Patti LaBelle. Isn’t it time that Sidibe returned to “AHS” as an entirely new character?