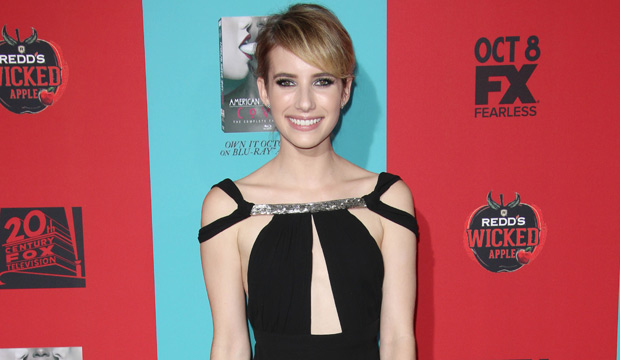 FX’s anthology series “American Horror Story” is going back in time to 1984 for its upcoming ninth installment, which will debut on Wednesday, September 18, the network announced Monday. Besides the premiere date, little is known about “American Horror Story: 1984” except for two previously announced cast members. “AHS” scene-stealer Emma Roberts is back again after popping up in “Coven,” “Freak Show,” Cult” and “Apocalypse,” while Olympic skier and “Sharknado 5: Global Swarming” star Gus Kenworthy joins the franchise for the first time.

The bad news for “AHS” fanatics is that series stalwart Evan Peters, the only male actor to appear in the first eight seasons, will reportedly not be back for Season 9. Word is still out on whether Sarah Paulson, the only female actor to star in all eight cycles, will return. However, Paulson recently declared at an Emmy FYC event for “American Horror Story: Apocalypse” that she would like to direct again after stepping behind the camera for the first time for last year’s fan-favorite episode “Return to Murder House.”

Based on the creepy images that have been put out by FX and co-creator Ryan Murphy, we can expect “AHS: 1984” to be a throwback slasher story in the vein of “Friday the 13th” or “Sleepaway Camp.” This will be the third season of “American Horror Story” to not take place in the modern era, following the 1960s-set “Asylum” and the 1950s-circa “Freak Show.”

There is no indication that “1984” will feature continuing storylines and characters from prior cycles, so it’s likely that these episodes will be allowed to compete at the 2020 Emmys in the limited series categories once again. The most recent edition, “Apocalypse,” has been forced to compete as a drama series because it contained major elements from both “Coven” and “Murder House.”