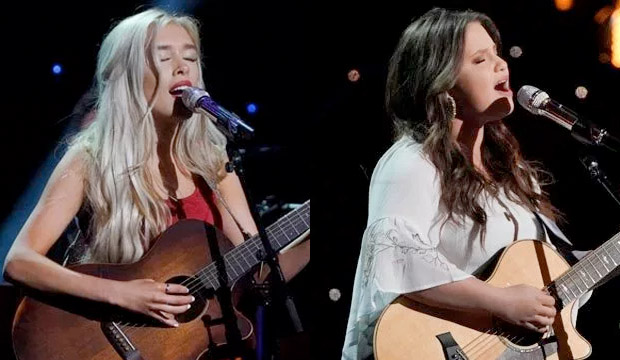 In our recent “American Idol” poll that asked fans to name which of Season 17’s female singers they’re rooting for to win, Laci Kaye Booth and Madison VanDenburg both came out on top. Laci, a 23-year-old “Idol” superfan from Livingston, Texas, received 33% of the vote while Madison, the 17-year-old second coming of Kelly Clarkson from Cohoes, New York, earned 23%. All of the other female finalists came in with less than 20% support. Do you agree or disagree with those poll results? Sound off down in the comments section.

Laci’s set list so far has included such songs as “Mama Tried” in her audition, “Georgia on My Mind” in the Hawaii round, “I Want You to Want Me” for her Top 20 Solo, and “Mercy” (with Brett Young) for her All-Star Duet. “You’re the first voice we’ve heard that is really a diamond in the rough,” Katy Perry told Laci during her original audition. Since then the compliments have kept on coming, with Luke Bryan recently calling her “bad ass” and Lionel Richie raving that she has “found [her] identity.”

As for Madison, she’s taken on such classic tunes as “Speechless” in her audition, “Who’s Lovin’ You” in the Hawaii round, “Domino” for her Top 20 Solo, and “We Belong” (with Pat Benatar & Neil Giraldo) for her All-Star Duet. Lionel couldn’t believe how good Madison was in her audition, telling her, “You rendered us speechless to the point where Katy is showing me goosebumps on her arm.” Katy has frequently compared her to the first-ever “Idol” winner, but will Madison soon follow in Kelly’s winning footsteps?

SEE‘American Idol’: Ryan Hammond was robbed of a place in the Top 14, say 75% of season 17 viewers