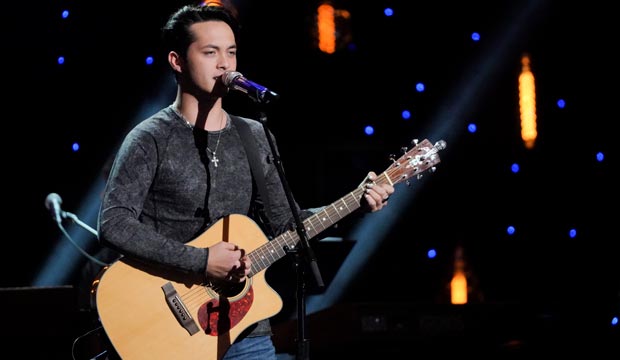 Laine Hardy defied the odds and won season 17 of “American Idol” on Sunday, May 19 over frontrunner Alejandro Aranda and third-place finisher Madison VanDenburg. As part of his prize, Laine lands bragging rights to having the official winner’s single: “Flame.”

Unlike in previous seasons of the show, this year’s finale did not include performances by the finalists of their singles. Instead, we had to wait until after  Laine was named the winner in the final minutes of the three-hour show to hear this track. And with the rest of the Top 10 crowding around him on stage, this was not the ideal setting to debut this single.

Laine sang this new song just moments after Ryan Seacrest revealed that he had won. What did you think of his performance of “Flame.” Was it red-hot or did it not even flicker for you? Give it a grade in the poll below. After voting in our poll be sure to sound off in the comments section with your thoughts on the ABC revival of “Idol” including your take on judges, Luke Bryan, Katy Perry and Lionel Richie.