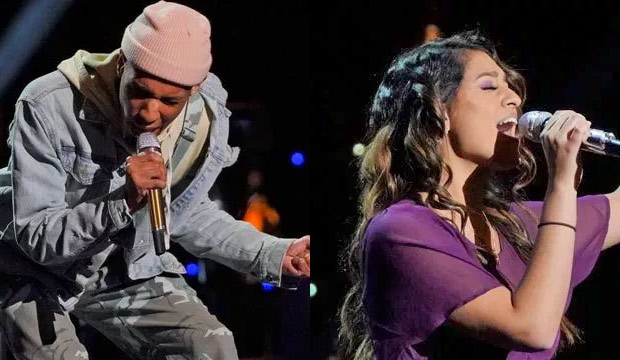 If our readers’ “American Idol” racetrack odds are correct, both Dimitrius Graham and Alyssa Raghu had better start dreaming upon a star as they have the highest chances of being eliminated on Disney night. Dimitrius has 4/11 odds of going home during Sunday’s live episode while Alyssa has 11/20 odds. The other eight singers in this year’s Top 10 — Laine Hardy, Jeremiah Lloyd Harmon, Alejandro Aranda, Madison VanDenburg, Laci Kaye Booth, Walker Burroughs, Wade Cota and Uche — are predicted to advance to the next round. If you disagree with our readers’ picks, then hurry and make your predictions before the episode airs live coast-to-coast Sunday at 5 p.m. PT / 8 p.m. ET.

Dimitrius’ “Idol” journey almost came to an end during the Top 14 results episode, but Luke Bryan was so moved by his “save-me” song of Billie Eilish‘s “when the party’s over” that he just couldn’t let him go. “I have to lean on the sheer emotion I felt,” the country judge proclaimed before saving the R&B opera singer.

“American Idol” fans overwhelmingly supported Luke’s decision, with 62% saying he saved the right person. Conversely, 20% thought Luke should have chosen Ashley Hess while 13% voted that he should have picked Riley Thompson. Since Dimitrius has already been on the cusp of elimination, his chances of now making it to the season finale are slim.

As for Alyssa, she was also narrowly eliminated last week after her performance of Katy Perry‘s “The One That Got Away.” At first Katy seemed unsure who she might save, admitting that “everyone that is standing on stage is fantastic.” But then she made her decision clear when she shouted, “I have to pick one, and you better fight for your life the next time you sing, Alyssa Raghu!”

Alyssa is a former “American Idol” contestant who failed to make it to the live shows last year, however she’s grown leaps and bounds in Season 17. Luke praised her last week for “coming back and retooling and over-hauling [her] persona,” but like Dimitrius, she is on the bubble now because she failed to connect with America last week.