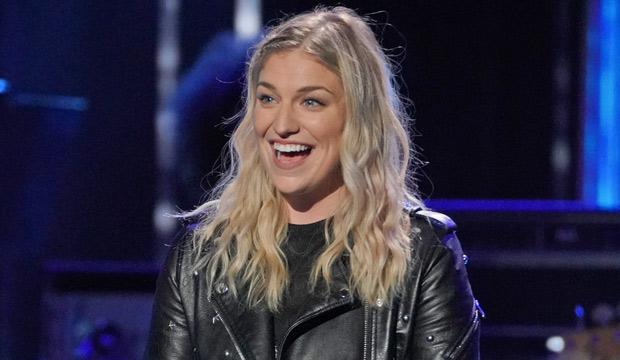 On Monday‘s “American Idol,” four of the Top 14 contestants were eliminated: Evelyn Cormier, Ashley Hess, Eddie Island and Riley Thompson. They came oh so near to being in the Top 10 who get to sing for America’s voters on the live shows starting April 21. But they didn’t make the cut with the three judges — Luke Bryan, Katy Perry and Lionel Richie — who sent them packing instread.

The 10 contenders to get through are: Alejandro Aranda, Laci Kaye Booth, Walker Burroughs, Wade Cota, Dimitrius Graham, Jeremiah Lloyd Harmon, Laine Hardy, Alyssa Raghu, Uche and Madison VanDenburg .(Be sure to vote for your favorite of these Top 10 artists.)

We asked you which of the four to be sent home was robbed of a place in the Top 10. Your overwhelming pick is Ashley, a 27-year-old songbird from Fremont CA, who captured a whopping 52% of the vote as of this writing. Riley, a 16-year-old from Mabank TX, is in second with 23% while Evelyn, a 19-year-old from Claremont NH, netted 17% of the total. Eddie, a 25-year-old from Nashville, earned just 7% support. Which of these artists would you most like to have seen continue in the competition?