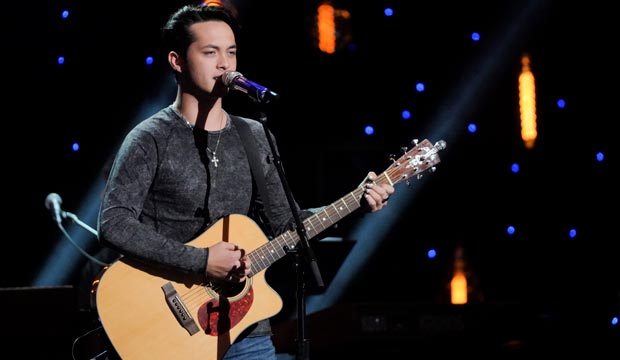 On the May 5 episode of “American Idol,” the Top 6 sang two songs each: one that was inspirational and the other from the summer of 1969 in honor of the 50th anniversary of the Woodstock music festival. Four of the half dozen contestants made it through based on their votes from the public: Alejandro Aranda, Wade Cota, Laine Hardy and Madison VanDenburg. A fifth, Laci Kaye Booth, got the judges save while the other artist in the bottom two, Jeremiah Lloyd Harmon, was eliminated.

We asked for your predictions as to which of these remaining five finalists will go all the way to win season 17. “Idol” fans are divided between two of the artists: Alejandro Aranda has 41% of the viewers vote as of this writing and Laine Hardy is at 30%. While Alejandro is about where he was last week (40%), Laine has added five points to his total. Much of that support comes from fans of Jeremiah.

Of the other three artists still in the competition, Wade Cota holds steady with 12%, Madison Vandenburg  hits double digits with 10% support and Laci is, not surprisingly, last with 7% of the total vote.

If you haven’t made your voice heard, scroll down to review the songs that the Top 5 have sung throughout the competition and then cast a ballot for your favorite. And be sure to sound off on this ABC revival of “American Idol” in the comments section.