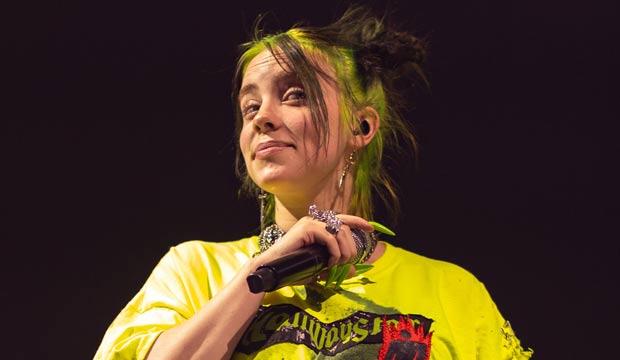 Billie Eilish won Best New Artist over the summer at the MTV Video Music Awards. In fact, the teenager has won lots of awards this year. It looks like she’ll add to that haul on November 24 at the American Music Awards, where she’s the overwhelming favorite to win another New Artist of the Year prize.

In addition to her three VMA victories — she also claimed Push Artist of the Year and Best Editing (“Bad Guy”) — Eilish has won a Kid’s Choice Award, a People’s Choice Award and two Teen Choice Awards. All those kudos are decided by fan votes, just like the AMAs, so her odds are looking pretty good here in a race against Luke Combs, Lil Nas X, Lizzo and Ella Mai.

As of this writing Eilish is the overwhelming favorite to win with 71/20 odds based on the combined predictions of hundreds of Gold Derby users who have made their forecasts here in our predictions center. That includes support from a whopping 19 of the Top 24 Users who got the highest scores predicting last year’s AMA winners. But that means it’s not unanimous. Fellow chart-topper Lizzo is predicted to win by four top users, while one is going out on a limb for Combs, who was just a surprise winner twice at the CMA Awards, though those prizes are decided by industry peers and not fan votes.

Be sure to make your AMA predictions so that Hollywood insiders can see this year’s contenders are faring in our AMA odds. You can keep changing your predictions until just before winners are announced on November 24. And join the discussion on this and more taking place right now with Hollywood insiders in our music forums. Read more Gold Derby entertainment news.