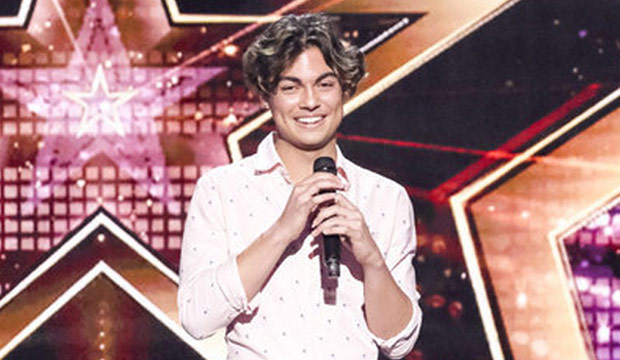 “America’s Got Talent” viewers are not happy that 19-year-old Australian singer Jordan Ravi was eliminated this week by judges Simon Cowell, Julianne Hough, Gabrielle Union, Howie Mandel and Jay Leno. In our recent poll that asked which of the 11 eliminated acts was the most robbed of a spot in the upcoming live shows, Jordan came in with leading 28% support, followed by church singer Callie Day at 25% and then dog act Dominguez Poodles at 12%. Do you agree or disagree with our readers’ poll results? Sound off down in the comments section.

Back in his original audition, which was not televised, Jordan took on Post Malone‘s “Congratulations.” For his encore in the Judge Cuts he gave a more intimate performance of Panic! At The Disco‘s “High Hopes.” The judges universally praised his rendition of the song, as did the girls in the audience who swooned at the young singer’s performance.

“This for me was a way better audition than your first one,” Simon told Jordan. “I think you look great. You’ve got a great personality. I was really impressed with that. I’m really happy for you. Well done.”

Guest judge Jay chimed in, “I agree with Simon. I liked the fact that you did something different. I thought it sounded great and you’re an enjoyable performer to watch.”

SEE Eric Chien advances to ‘America’s Got Talent’ live shows with coin tricks, but can he follow in footsteps of Mat Franco, Shin Lim? [WATCH]

At the end of the day, the judges had to decide between keeping Jordan or keeping Benicio Bryant, and they chose Benicio. Of the 11 eliminated acts from Judge Cuts 4, who do YOU think was robbed? Give us your take down in the comments section. Here are the complete poll results: