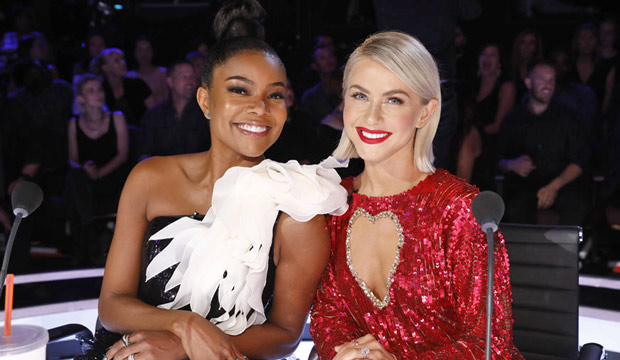 “America’s Got Talent” will have two new judges next summer as Julianne Hough and Gabrielle Union won’t be returning to the panel. They lasted all of one season as replacements for Mel B and Heidi Klum. Viewers are sure to be disappointed as both of these newcomers proved to have an eye for talent. Indeed, Gabrielle gave her Golden Buzzer to eventual “AGT” winner Kodi Lee,

However it isn’t such a surprise that they won’t be back. Last month it was confirmed that they wouldn’t take part in the second season of “AGT: The Champions.” Taking their places alongside Simon Cowell and Howie Mandel are Klum and long-time “Britain’s Got Talent” judge Alesha Dixon. No word yet on whether Dixon and Klum will also be judges on the main show.

Klum was a judge on “AGT” for six seasons, beginning in 2013. Dixon, a singer who found fame as part of the trio Mis-Teeq, has worked with Cowell on the “BGT” panel since 2012. They sit in judgment with Amanda Holden, who has been with the show since its start in 2007, and actor/writer David Walliams who also joined in 2012.

What do you think of this news? Are you  bummed that Gabrielle and Julianne are out? Sound off in the comments section below.