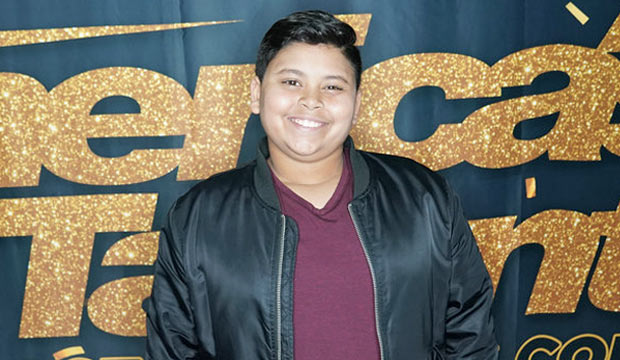 That sound you hear are millions of “America’s Got Talent” fans picking their jaws up off the floor. One of the favorites to win “AGT” Season 14, Luke Islam, was eliminated during Wednesday’s shocking results show, just one week before the Finals. The aspiring Broadway star took America by storm after Julianne Hough hit her Golden Buzzer back in the auditions, and he constantly placed near the top of Gold Derby’s winner predictions. Alas, Luke was one of the six acts to be cut this week along with magician Dom Chambers, dog act Lukas & Falco, singer Chris Klafford, guitarist Marcin Patrzalek and black light artist Alex Dowis.

SEE‘America’s Got Talent’ live results 5 recap: Which 5 acts advanced to the finals and who won the Dunkin’ Save? [UPDATING LIVE BLOG]

The good news for Luke is that his dreams of becoming a Broadway performer are closer than ever — seriously, somebody cast this kid now! The bad news is that the 12-year-old won’t be joining a Broadway musical with a million dollar check in his pocket. You win some, you lose some.

Luke’s final performance on the show turned out to be his cover of “Never Enough” from “The Greatest Showman” during Tuesday’s second Semifinals round. Following his rendition of the popular show tune, all five “AGT” judges jumped to their feet: Simon Cowell, Julianne Hough, Gabrielle Union, Howie Mandel and guest star Queen Latifah.

“I feel like a proud mama right now,” Julianne said after her Golden Buzzer performed. “You know what, Luke? You were a voice for all of those people that have felt like they have never been enough. Thank you for articulating that. You are beautiful. You are more than enough. And I cannot wait to see you in the Finals because you’ve got to vote, vote, vote.”

As for the other judges, Gabrielle called Luke “special,” Howie guaranteed his “dreams will come true” on Broadway, and Latifah remarked that “every single piece and particle of [his] body was in that song.” Will you miss Luke on “America’s Got Talent”? Let us know by sounding off down in the comments section.