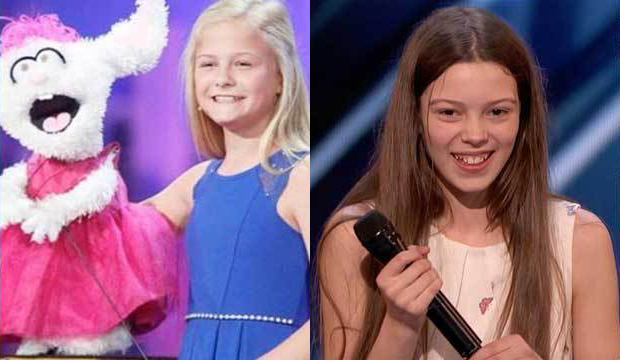 A dozen acts are competing on the final of “America’s Got Talent: The Champions” on February 11. Five of these got the Golden Buzzer and another five won the superfans vote. We just got word that the two wild cards are ventriloquist Darci Lynne Farmer, who won “AGT” in 2017, and magician Joe Dorenbos.

While this is great news for fans of these two talents, it means that singing sensation Courtney Hadwin, who placed third to Farmer on episode 2, didn’t make the cut. What do you think of these two choices? Be sure to vote in our poll below for the act you want to win season 1 of “AGT: The Champions” and then sound off on the show in our comments section.

Farmer and Dorenbos have their work cut out for them in the final on Monday. They face off against the two acts that trounced them in the vote. Farmer fell short to rock opera singer Cristina Ramos, who won “Spanish Got Talent.” And Dorenbos was downed by the very first “Britain’s Got Talent” champ, opera singer Paul Potts.

They are also competing against the five acts who were singled out by the judges for special treatment courtesy of the Golden Buzzer: singers Susan Boyle, Angelica Hale and Kechi Okwuchi; daredevils Deadly Games; and sand artist Kseniya Simonova.

The roster of talent in the hunt for bragging rights to being the best in the world is rounded out by the other three winners of the run-offs: singer Brian Justin Crum, stand-up Preacher Lawson and magician Shin Lim.

'America's Got Talent': Most successful acts of all-time

'America's Got Talent': Who are the Top 20 semi-finalists?

'America's Got Talent' episode 11 recap: The live shows begin with the first night of quarterfinals…