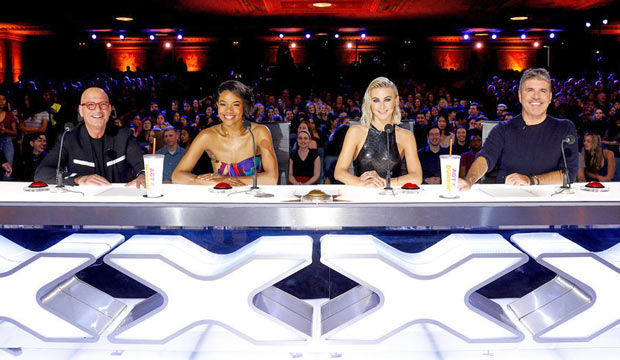 Because of this week’s July 4 holiday, “AGT” is airing a “best of auditions” recap on Tuesday, July 2. NBC is promoting the two-hour special as the “best and most show-stopping moments from Season 14.” The blockbuster reality TV show will then return with its final audition episode of the summer on Tuesday, July 9, in which fans will finally find out the act that Julianne Hough anoints with her Golden Buzzer.

The other three judges — Simon Cowell, Gabrielle Union and Howie Mandel — have already chosen their Golden Buzzers, as has host Terry Crews. Of course, all four of these Golden Buzzer acts will be featured in the recap special. Here’s a quick refresher on each of them:

Child violinist Tyler Butler-Figueroa earned Simon’s Golden Buzzer. Soon after Tyler was diagnosed with leukemia, the 11-year-old was bullied at school for being different. “When I play the violin, it helps me forget about all the bad stuff,” he revealed. “I just didn’t want to be the kid with cancer, so now I’m the kid who plays the violin.” Following his performance of Kelly Clarkson‘s “Stronger (What Doesn’t Kill You),” Simon was so impressed that he slammed his hand down on his Golden Buzzer.

Singer/pianist Kodi Lee was born blind and autistic, as his mother explained to the judges. “We found out that he loved music really early on,” she stated. “He listened and his eyes just went huge and he started singing. That’s when I realized, oh my gosh, he’s an entertainer.” Gabrielle then made Kodi’s biggest dream come true when she pushed her Golden Buzzer for his pitch-perfect rendition of Donny Hathaway‘s “A Song for You.”

Singer-songwriter Joseph Allen decided to audition for Season 14 of “AGT” because he sees himself as someone who can “make a major impact in the world, and I just want to see how much of a footprint I can leave on earth before I leave.” Well, his footprint will definitely be felt thanks to Howie, who jumped up on the judges’ table and stomped on the Golden Buzzer following Joseph’s performance of his original rap song.

Terry pushed his button for Detroit Youth Choir, a “community-based choir,” stated director Anthony White. “We have a lot of inner-city kids. Some of them have bad home situations or they can be in the street — there’s violence. We give them something positive to come and be a part of.” The singers put an original spin on Macklemore & Ryan Lewis‘ “Can’t Hold Us” and had the new host in tears as he hit the Golden Buzzer.