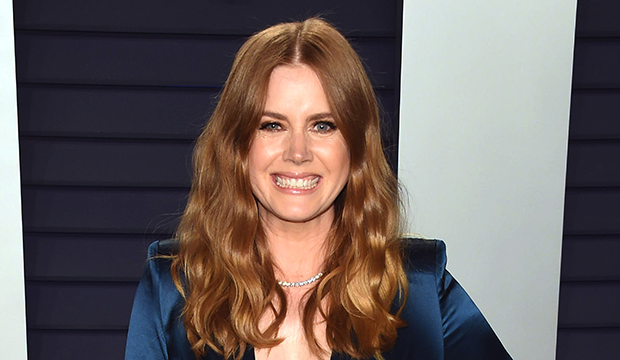 If Amy Adams doesn’t win the Emmy this year for “Sharp Objects,” fear not — she might get another shot pretty soon. The six-time Oscar nominee is developing the Barbara Kingsolver novel “The Poisonwood Bible” into a limited series at HBO, where she’s inked a first-look deal, HBO announced Tuesday.

A Pulitzer Prize finalist for fiction in 1999, “The Poisonwood Bible” follows a missionary family led by matriarch Orleanna Price that moves to the Kilanga village in the Belgian Congo in 1959 at a time of tremendous political unrest. It’s unclear if Adams plans to star in the series as well, as she did with “Sharp Objects,” but she will executive-produce alongside her manager and production partner Stacy O’Neil. Kingsolver and Anya Epstein (“The Affair”) are slated to write and executive-produce.

“The Poisonwood Bible” is the first project under Adams’ newly established Bond Group Entertainment production company, which she founded with O’Neil.

SEE Amy Adams and Michelle Williams got their first Oscar nominations together, and now they could do the same at the Emmys

This will mark Adams’ second time producing. She executive-produced and starred in HBO’s “Sharp Objects” last year, for which she earned Golden Globe and Screen Actors Guild Awards nominations and won a Critics’ Choice Award (in a tie with Patricia Arquette from “Escape at Dannemora”). She’s currently in second place in our Best Limited Series/TV Movie Actress Emmy odds; “Sharp Objects” is also in second in our Best Limited Series odds.

Over the weekend at SXSW, “Sharp Objects” showrunner Marti Noxon teased a possible second season of “Sharp Objects,” which was based on Gillian Flynn‘s novel, but did not mention if Adams would be involved. “Maybe there will be a sequel. Maybe we’ll get to find out [more about Adora and Camille’s sister],” Noxon said. “Gillian and I have thoughts on it.”