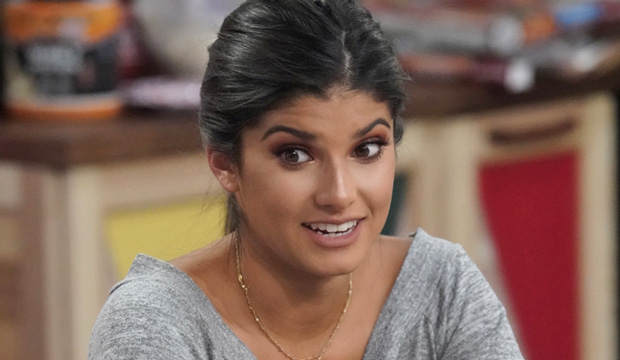 Analyse Talavera was all smiles as she walked out to meet “Big Brother” 21 host Julie Chen Moonves during Thursday night’s live eviction episode. After being put on the block as a pawn by Jackson Michie earlier in the week, Analyse became collateral damage as his real target, Christie Murphy, staged a historic turn of events during Taco Tuesday that pulled the target off herself and placed it on her latest nemesis Nick Maccarone. After Christie blew up Nick’s game and told the entire house she would go after him, the vote flipped in Christie’s favor and Analyse was evicted by a vote of 5-1.

“I guess it was the blowup between Nick and Christie,” Analyse explains when asked how she went from being a pawn to a member of the jury. “Everyone was just really scared of Nick and if they knew if I was in there I would probably still have his back. They just wanted two bigger targets in there. I wasn’t really a target or on anyone’s radar.”

But was Analyse truly as close to Nick as the other houseguests thought? “I honestly would have protected Nick,” she admits. “We’ve had our ups and downs but after his comeback he’s been super loyal to me and I would want to be loyal to him.”

After Christie campaigned to stay in the game over Analyse, does Analyse still consider her a friend? “I do,” Analyse says. “She’s my best friend in this house and it sucks that I was up against her. I feel really betrayed by Michie. He told me before he put me up that he really trusted me and he didn’t want to see me out here and he wanted to work with me. When I was nominated I talked to him throughout and Christie was still his target. After the whole blowup everything changed. I just feel betrayed.”

SEE‘Big Brother’: Complete List of All 20 Winners (Plus the 3 Spin-Off Champs)

But is it possible Nick was being honest with Analyse at the time he told her she was just a pawn? “I think he might have felt that way. Everyone knew how Nick was playing this game. He knew it before the whole blowup so it didn’t really make sense. I’m just really confused about everything.”

For her parting words, Analyse has only one wish: “I hope Tommy wins this HOH!” she exclaims. “I had so much fun and I’m so grateful for everything.” Analyse will now join Jack Matthews and Kathryn Dunn in the jury house as Juror #3.