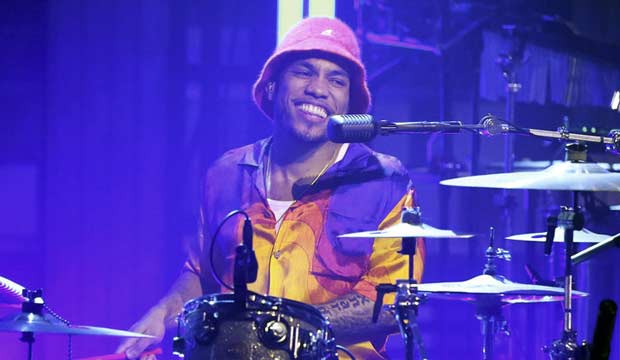 R&B/hip-hop artist Anderson Paak was a surprising nominee for Best New Artist in 2017, and he was arguably an even more surprising winner in 2019 when he claimed Best Rap Performance for “Bubblin” in a rare tie with Kendrick Lamar and his collaborators for “King’s Dead.” Hardly any of our readers saw that coming. Now that he has gotten his first win out of the way, he could be back for more. He released his fourth studio album, “Ventura,” on April 12, and the reviews as of this writing have been excellent.

It’s early yet, but “Ventura” has a MetaCritic score of 81 based on 7 reviews, all of them positive. It comes only five months after the release of his last album, “Oxnard,” which was recorded at the same time but wasn’t quite as well received as Paak’s previous music due to its shift away from soul towards more commercial hip-hop. This effort is being described as a “return to form” that plays to his “considerable strengths.” So are more Grammys in store for him? Check out some of the reviews below, and discuss this and more with your fellow music fans in our forums.

Kitty Richardson (The Line of Best Fit): “Here is an album that, despite being recorded in the same sessions as ‘Oxnard,’ feels modest by comparison, and vastly more accomplished in both its emotional core and musicality … It marks an exceptional return to form.”

Alexis Petridis (The Guardian): “‘Ventura’ is a less ambitious and grandiose project than its predecessor. But it’s also a better and more satisfying album that plays to its author’s considerable strengths and skirts around his weaknesses. No need for mum to put her dukes up in defense this time around.”

Will Hermes (Rolling Stone): “Overall, ‘Ventura‘s’ grooves are scintillating, with percussive filigree sputtering like fireworks across the album’s mix, and at its best the LP conjures vintage soul with modern beat science underpinnings, an elegant mix of tough and plush.”