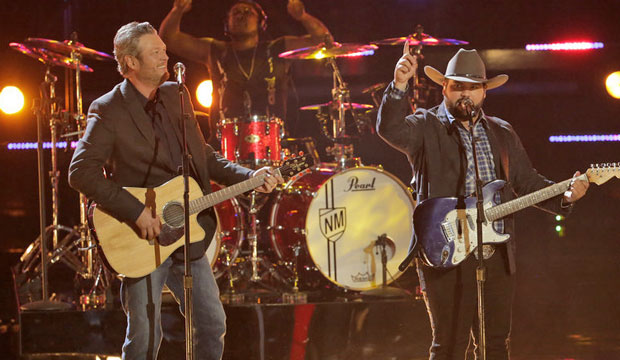 It’s official: There’s a curse on “The Voice” Instant Save.

Ever since this twist was created back in Season 6, no artist that’s been saved by Twitter or brought back via a wild card has ever gone on to win the show. Even more troubling, all of the Instant Save recipients have placed last in their respective finales aside from Britton Buchanan, who defied the odds to place second to Brynn Cartelli in Season 14. This year Andrew Sevener of Team Blake Shelton tried his hardest to break the curse but he, too, ended up placing last in Tuesday’s season finale.

SEEMaelyn Jarmon ‘had no expectations coming into this,’ she admits after winning ‘The Voice’ Season 16 [WATCH]

Just prior to Andrew being eliminated, this backwards-cowboy-hat-wearing country singer from Alvarado, Texas expressed his deepest thanks to his hands-on coach. “Man, Blake, it’s been an honor to be able to work with you day after day, get to know you, get to learn from you,” Andrew announced. “You are truly an amazing coach, an amazing musician, and on top of that even a better human being. So thank you so much.”

Andrew faced off against two fellow country singers from Team Blake in the two-hour finale: Gyth Rigdon, who ended up placing second, and Dexter Roberts, who finished in third. All three of them were bested by Maelyn Jarmon of Team John Legend, whose angelic voice helped her soar to the top. Maelyn now becomes the 16th winner of “The Voice,” and the first artist to represent new coach John’s team.

Below, see an updated look back at how all of the previous Instant Save/wild card recipients faced in their season finales. Will this “The Voice” curse ever be broken?