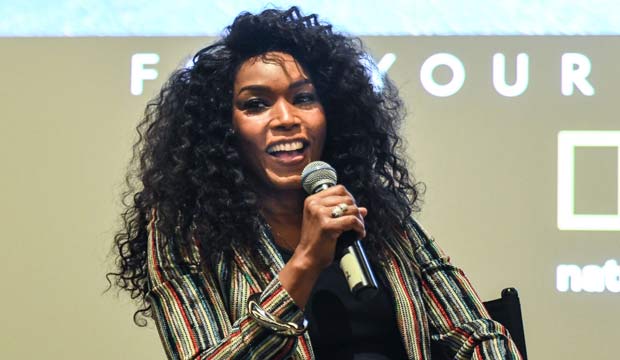 Angela Bassett admitted she finds doing voice-over work “more challenging than being in front of a camera” during a Q&A for “The Flood” moderated by Variety’s Jenelle Riley. The Oscar and Emmy-nominated performer narrated this NatGeo documentary special about wildlife in Africa’s Okavango Delta, which undergoes major changes every year due to a massive water deluge. Bassett spoke about her work at a special Earth Day screening for SAG and TV academy members at the Pacific Design Center in West Hollywood.

Doing voice-over is difficult because “it’s just your voice that you have to rely on,” she explained, “and it has to do everything, do all the heavy lifting and tell the story. It’s as if you don’t have the visual to hide behind … so you really have to nail it.” She’s no amateur at it, however, having provided her vocals to such documentary shows as “Breakthrough,” “Why We Laugh: Black Comedians on Black Comedy,” and “Africans in America: America’s Journey Through Slavery.”

She revealed she’s hyper-critical of her own work in the moment because “whenever we hear our own voice,” it “sounds really weird coming back into our ears.” On the plus side, you can do it “in your sweat suit, so it’s nice that you can be comfortable. But sometimes it takes more time than you would think” because “you get tripped up.” Above all else, she hopes “to give it some variation and some color,” as opposed to sounding monotonous.

Though it’s hard work, Bassett would gladly do it again. “I like different challenges,” she says. “And when the subject matter is as interesting as this is” she can’t turn it down. “This Earth, this nature, is stunning.” The actress spent time in South Africa while shooting “The Road to Mecca” (1991), “but I didn’t get to go on safari” or explore wildlife, so she felt like she “missed a lot.” She viewed working on the special as a way to “revisit” the region.

Bassett earned an Oscar nomination for playing music legend Tina Turner in “What’s Love Got to Do With It?” (1993), which brought her a Golden Globe victory as Best Comedy/Musical Actress. She received Emmy nominations for her lead role in “The Rosa Parks Story” in 2002, supporting turns in “American Horror Story” in 2014 and 2015, and a guest spot on “Master of None” in 2017. She won her first SAG prize this year as a member of the ensemble in “Black Panther” (2018); she had previously competed there for the TV movies “Ruby’s Bucket of Blood” (2001) and “Betty and Coretta” (2013).

Check out how our experts rank this year’s Emmy contenders. Then take a look at the most up-to-date combined odds before you make your own 2019 Emmy predictions. Don’t be afraid to jump in now since you can keep changing your predictions until just before nominations are announced on July 16.