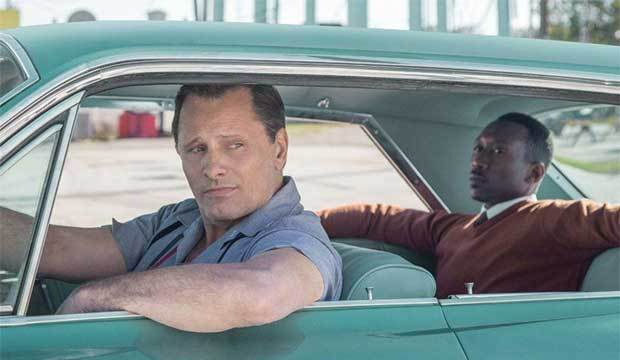 He didn’t like “Roma.” He loved an independent that didn’t even get nominated. And he doesn’t consider the weighted voting system for Best Picture because “I only voted for one.” Our anonymous Oscar ballot is from a longtime male member. He is in his 60s. He attends awards luncheons and speaks to a number of other voters. We’ll leave it at that.

He doesn’t care about weighted voting, because it doesn’t apply to him.

“I didn’t vote for eight movies. I only picked one. I don’t choose a second or third movie. I think most people do, they follow the format given to them, but I didn’t this year. ‘Roma’ is a fine movie, it’s just not the best. That’s why I’m saying I’m not voting for the ‘third best.’ No one I talked to liked ‘Vice.’ What I’ve heard is a lot of negatives about ‘Vice.'”

For Best Director, he’s not swayed by Alfonso Cuaron (“Roma”). Even though he hears it’s a likely win. He went abroad, but for another black and white film.

“I would have liked Peter Farrelly to be nominated. But I voted for Pawel Pawlikowski. I think I’m alone in that.”

“The best foreign film in my opinion was ‘Cold War.’ It had a real story. It was engaging. It didn’t have to be overly long to tell a great story. But this year had a lot of great choices in that category.”

Best Actor? He’s back in the Cadillac. Or should we say up front?

“I picked Viggo for Best Actor. I thought he was terrific. I will say that if Mahershala had been nominated in that category, I would have picked him. But that’s not how the studio campaigned for the nominations.”

Speaking of campaigning, politics and the academy’s desire to be more inclusive, he plants his tongue firmly in cheek with this suggestion. Especially since at the time of our interview, the academy was going to award four Oscars during a commercial break.

“Why aren’t there gender-neutral acting categories? Just ‘Best Performance’ with men and women competing. It’s like that in every other category. That would shorten the show. Of course it will never happen and I don’t want it to, but I’m surprised no one has proposed it.”

For Best Actress he thinks Olivia Colman gets it for “The Favourite.”

“Glenn Close is a fine actress but ‘The Wife’ is ridiculous. No graduate from Smith College would act like that. Make those choices.”

And for supporting, he picked Mahershala Ali. And “Roma” finally gets a vote from him.

“For best supporting actress I went with Marina de Tavira from ‘Roma.’ I didn’t care for any of the others. Amy Adams was fine, but I just didn’t like ‘Vice’ and Marina was excellent.”

SEEJust how big a lock is Alfonso Cuaron (‘Roma’) for Best Director Oscar? A few renegade Experts are betting against him

His biggest disappointment was the one that got away.

“My favorite film of the year wasn’t even nominated. And I was surprised because it was made by a woman who I also would have selected as Best Director. And with all the emphasis on political correctness and inclusion I’m surprised there wasn’t a bigger push for ‘Leave No Trace.’ Debra Granik did a great job with that. The writing and the directing. It was the best in my opinion. But the studio couldn’t find an audience for it, so it went away.”

Finally, while he acknowledges and even welcomes the changing landscape of voters, he has some advice for the newbies.

“I would encourage all the new voters to just pick your favorite. Don’t be influenced by what people tell you to vote for. Go with your gut and just pick what you like. No agendas. Just the best for you.”