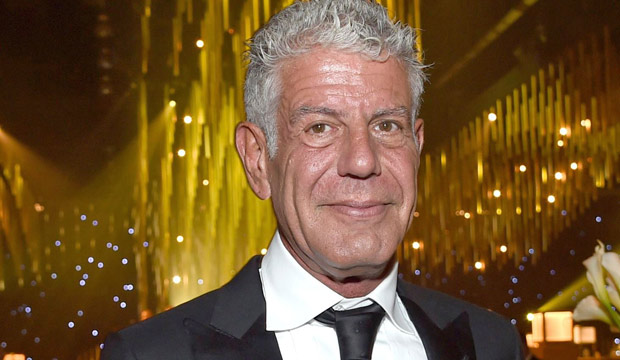 Anthony Bourdain, whose death 15 months ago at age 61 stunned the world, has now been memorialized by Emmy voters for his work in the entertainment industry. As Gold Derby predicted, CNN’s “Anthony Bourdain: Parts Unknown” has just taken home the trophy for Best Informational Series at the 2019 Creative Arts, beating out co-nominees “Surviving R. Kelly,” “Leah Remini: Scientology and the Aftermath,” “Comedians in Cars Getting Coffee” and “My Next Guest Needs No Introduction.” See the complete list of Creative Arts winners.

SEE 2019 Creative Arts Emmys live blog: Hot takes on who won on Saturday, Sept. 14, who upset, and what it all means [UPDATING LIVE BLOG]

The late celebrity chef also won Best Writing for a Nonfiction Program during Saturday’s ceremony. Bourdain was no stranger to the Emmy Awards, previously winning five Primetime trophies for producing “Parts Unknown” (2013-16 and 2018), one for writing that informational series (2018), and an additional Daytime statuette for producing culinary program “The Mind of a Chef” (2014).

“We are incredibly grateful,” Bourdain said at the Creative Arts podium back in 2013 when he accepted the first Emmy for “Parts Unknown.”

His winning streak for “Parts Unknown” was interrupted two years ago when A&E’s “Leah Remini: Scientology and the Aftermath” prevailed in the category of Best Informational Series or Special. However, with the outpouring of love following his death, Emmy voters gave Bourdain two final goodbye hugs in the category, first last year and now this year.

Bourdain died of suicide on June 8, 2018 while filming an episode of “Parts Unknown” in France.