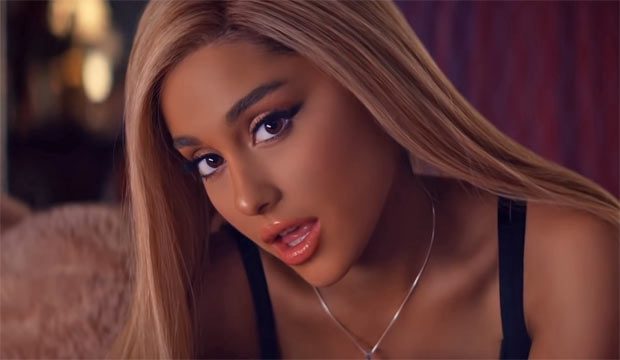 Ariana Grande has a mixed track record at the Grammys. But 2020 has the potential to be her biggest year yet thanks to her chart-topping album “Thank U, Next,” the number-one title track and its equally successful followup single “7 Rings.” They’re the biggest hits of her career so far, but which single gives her the best chance of finally breaking through in Record of the Year and Song of the Year. Scroll down to read some of our forum posters’ comments and vote in our poll.

Grande earned only a smattering of nominations for her first few albums, and then when we thought she would break into the expanded Album of the Year field this past year for “Sweetener,” she was relegated to just two pop categories. Then she publicly beefed with the producer of the Grammys over why she wasn’t performing during the telecast. Nevertheless, Grande ended up with her first victory from the recording academy: Best Pop Album for “Sweetener.”

She surprised fans with new music for a new album just months after “Sweetener” dropped. After years of close calls on the Billboard Hot 100 singles chart, “Thank U, Next” debuted at number-one and gave her her first chart-topping single. And her subsequent single “7 Rings” also debuted in the top spot. But our readers don’t agree on which song gives her the better chance of winning Record of the Year and Song of the Year. She has yet to be nominated in those categories — or anywhere in the general field. What do you think? Read our posters’ comments and vote below. Then join the passionate debate here in our forums.

M: “Mark my words, Ariana will submit ‘7 Rings’ across the board except for SoTY. ‘TUN’ is kinda forgotten now and didn’t perform as well on the charts as ‘7 Rings’ even if it’s more Grammy friendly.”

Skies: “I still think ‘TUN’ is the best choice in all categories (except music video, which is irrelevant at the moment; and obviously R&B, if she submits) and positions her to win the most. Of course, we’ll have to see how well future singles do.”

6XNCH: “‘7 Rings’ is definitely going to end up bigger than ‘Thank U, Next’ as it’s showing more longevity on the charts, but I don’t think the Grammys will be that open to it. I think what’s best for her is ‘7 Rings’ to ROTY, while ‘Thank U, Next’ is submitted to SOTY and Pop Solo.”