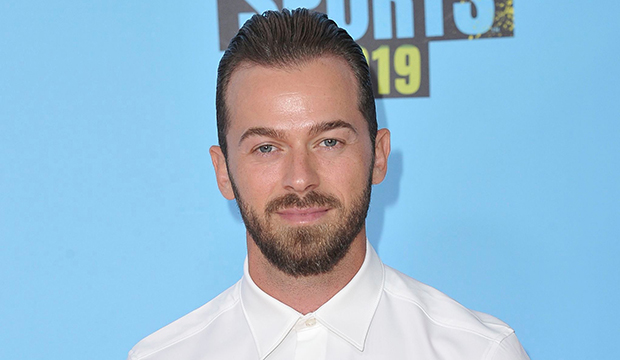 We don’t know what Artem Chigvintsev will be doing Mondays this fall, but he definitely won’t be watching “Dancing with the Stars.” The pro, who was cut from the Season 28 cast along with reigning champ Sharna Burgess, is still too hurt to tune in to the new season.

“I think as far as right now, definitely no,” Chigvintsev told “Entertainment Tonight.” “Not because I’m not supporting the show or all the people who are there, but I think if I were to [watch], all of the feelings of not being there would just flood back. I might watch some clips on YouTube but I don’t think I’ll be tuning into every show, no. It’s just simply, I think it’s going to be a little hard right now. It’d be negative energy and I don’t want to feel that; I’m just trying to find like a good place in my life right now, where I can concentrate on the positives.”

Chigvintsev, who joined the show in Season 19 in 2014, is still reeling from getting cut this season, news that he likened to “going through a breakup after 10 years” on his girlfriend and Season 25 partner Nikki Bella‘s podcast “The Bellas” last week. The dancer got word he wouldn’t be returning the night of Friday, Aug. 16, just five days before the cast announcement extravaganza on “Good Morning America.”

The “Strictly Come Dancing” champ told “ET” that he suspected something was amiss when he didn’t receive an official letter that day and the other pros didn’t respond when he texted asking if they’ve heard anything (brutal ghosting, but what an awkward position for the other pros to be in, tbh). A producer finally told him they’ll let him know what’s happening by the end of the night.

“Usually, they’ll kinda say, ‘Don’t worry, we’re just trying to figure out logistics,’ so that was kind of the first red [flag] that something was really off,” Chigvintsev explained. “I had been waiting the whole day and no one called me, and then I was just sitting in bed, I think it was like 8 p.m., and I got a text from an executive producer, saying like, ‘Hey, could you give me a call?’ That’s when I kind of knew it was not going to be good news because that’s not how it usually works. On the call it was just, ‘Unfortunately I have bad news for you. You’re not going to be a part of this season.’ I didn’t really expect it to go that way.”

The reason Chigvintsev was given was that producers couldn’t find a celebrity who would be a good fit for him, which he basically is calling B.S. on now. “I was a bit… not hurt, but when I saw the cast, I was just like, OK, this really doesn’t make any sense in my mind, but whatever,” he said. “I’ve had a pretty huge variety of people [as partners] who I’ve danced with, so I’m pretty sure that I could have worked with anybody on the show. It just felt like they could have done a little better [with an] excuse for why I’m not coming back. Like saying, ‘Hey, we did some research and you’re unfortunately the less popular guy, or you’re the oldest pro, we’re trying to make it younger.’ I’d be cool with that. I just wanted to hear the reasoning that made sense in my mind, and I didn’t.”

But what made even less sense to him was Burgess getting dumped since she had just won last season. The two chatted and Burgess then went off the grid to “escape this world for a bit.” “She’s in the same position I am, but the crazy thing is, she won the Mirrorball. How can you not bring back the person who won last season? I’m just so shocked,” Chigvintsev said. “She was, honestly, probably like even more shocked than I am. Because when you win the last season, you would think you’d have a guaranteed spot. In the past 27 seasons, this was the case — you won, you’re obviously in, you’re the reigning Mirrorball champion!”

While he acknowledges that Burgess’ win with Bobby Bones was very divisive, Chigvintsev hopes that had nothing to do with the decision not to bring her back. “If that were the case, I’d be even more upset for her. Because she didn’t choose her partner, she was given her partner, and she did the best she could [with him] during the show,” he argued. “She did her job with what was expected of her, and if she weren’t part of the show because of Bobby? That would be really bad.”

Pros have sat out seasons before, whether by choice or not, including Chigvintsev, who was originally announced as part of Season 21 before last-minute casting changes demoted him. Asked if he would return in the future, Chigvintsev deflected by saying he doesn’t know if the new executive producers will invite absent pros back like the old TPTB did.

“There was nothing said like, ‘Look, I think this season might not be good, but next season we’re obviously still considering you for the show,'” he said of their call. “That was not part of the conversation, that was not said at all. Maybe I should have asked, but at time I wasn’t feeling like having a conversation about what the future was going to hold; I was just trying to digest what I heard.”

He added: “I will stand for the campaign for all the dancers to be in the position where they know months ahead of the show whether they’ll be on. That’s something that I think producers should consider, changing the contract. Because, overall, I’m not upset about not being on the show or the decision that they made. I understand they do what’s best for the show, but at the same time, you cannot let people sit and wait five days until the announcement to let them know whether they’ll be part of the season or not. A lot of us have invested years and years into the show, and I think that’s the respect we deserve as dancers.”

Right now, Chigvintsev is filming “Total Bellas” with Bella and trying to figure out his next move because his “Dancing” contract stipulates that he can’t take other jobs without approval, and he had been holding out on returning to the show since March. He’s considering returning to “Strictly” and even retiring from dancing at 37.

“I’m slowly getting used to the idea that there are other things in life, and other things I’d like to pursue,” he said. 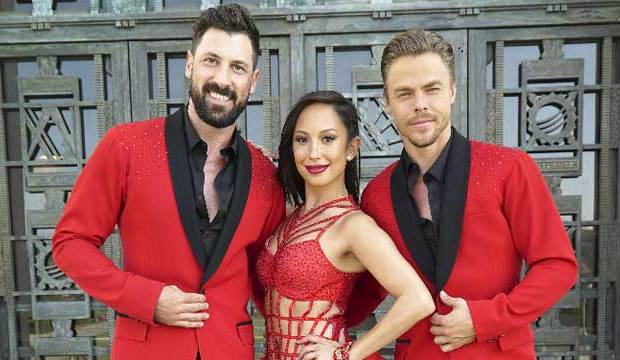