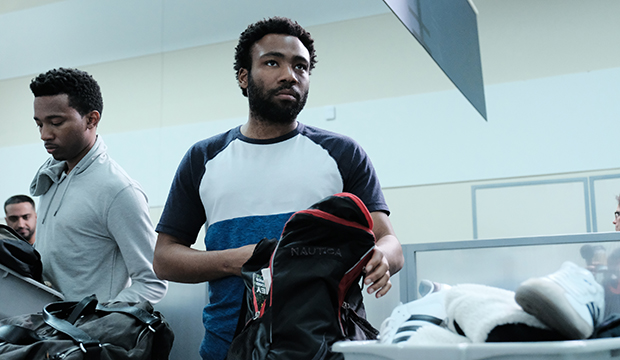 We knew this was coming: “Atlanta” will sit out the Emmys this year. FX President John Landgraf and PR head John Solberg confirmed Monday at the Television Critics Association press tour that Season 3 of the acclaimed comedy won’t be back before the Emmy eligibility period ends May 31.

“It won’t be for this Emmy cycle,” Solberg said. Addressing reporters, Landgraf quipped, “If you want to see me cry, come backstage.”

The third season’s delay is not a shocker since Zazie Beatz told our sister site IndieWire last month that she has not heard about production dates yet. “Ideally we would be shooting now; that’s not happening,” she said.

Landgraf said the Season 3 writers’ room has opened, but creator and star Donald Glover — whom Landgraf dubbed “the king of all media” — has been busy with his other projects. There was an 18-month wait between Seasons 1 and 2 of “Atlanta” due to Glover’s schedule as well. “I think one of the things, just the reality of television today, is you’ve got to wait,” Landgraf said.

“Atlanta” won Best Comedy Actor and Best Comedy Directing for Glover in Season 1, and was nominated for Best Comedy Series its first two seasons, losing to “Veep” and “The Marvelous Mrs. Maisel,” respectively.

Though “Atlanta” was shut out at the main Emmy ceremony in September, FX had a good night with multiple wins for the departed “The Americans” and “The Assassination of Gianni Versace: American Crime Story,” which Landgraf made sure to note that FX “won’t have” any of the those three at the Emmys this year, as there’s no third installment of “American Crime Story” yet. Among the network’s hopefuls is the upcoming Bob Fosse–Gwen Verdon limited series “Fosse/Verdon.”

“We have so many things now that don’t cycle back on a regular basis,” Landgraf said. “We didn’t get back on an annual cycle of ‘Atlanta.’ … I wish for the fans as well as for us that we could get everything back on an annual basis but, again, you just have to make a decision about quantity over quality at a certain point — and we’re just erring on the side of quality.”

One of its shows that’s also off-cycle is “Fargo,” which won the Best Limited Series Emmy for Season 1 and completed Season 3 in June 2017. FX had announced Season 4, which will star Chris Rock, in August, and Landgraf shared Monday that the show will start production in the winter, which means it won’t be ready until 2020.

“It’s going into production this coming winter. We will set a premiere date but that gives you some time frame,” he said. “We’ve now heard the season pitch for the fourth season of ‘Fargo.‘ I’ve read the first script which is fantastic. I absolutely loved it.”