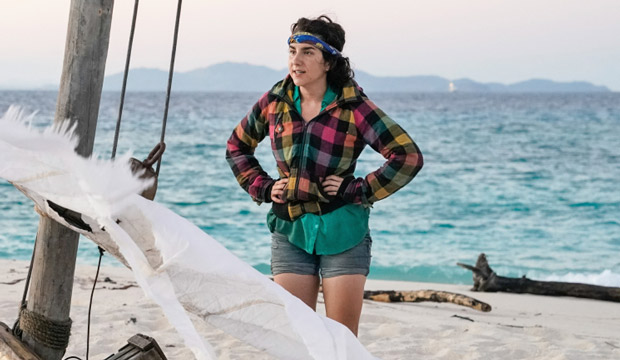 “Survivor” fans have spoken and they want Aubry Bracco to return from Extinction Island. This returning player from “Survivor: Kaoh Rong” and “Survivor: Game Changers” was voted out of last week’s two-hour episode with no less than two advantages in her pocket: a hidden immunity idol and an extra vote. Now a whopping 37% of readers who voted in our recent poll are hoping that Aubry gets a second chance at returning in next week’s highly anticipated merge episode.

SEECan you believe ‘Survivor 38’ actually wants us to feel sorry for ‘Joey Amazing’ — are you buying it? [POLL]

Rounding out our poll results, Rick Devens is next in line with 24% of viewers hoping he returns from the Edge of Extinction, followed by Chris Underwood at 23%, Wendy Diaz at 10%, Reem Daly at 4% and Keith Sowell at 2%. Do you agree or disagree with any of these poll results? Sound off down in the comments section.

After her shocking blindside in the fifth episode, Aubry congratulated her fellow Manu tribe mates Victoria Baamonde, Eric Hafemann, Gavin Whitson and Wendy for pulling the wool over her eyes. “I got burned real hard last night. I truly was blindsided in epic fashion with an idol and an extra vote in my pocket. Like, J.T. Thomas-style embarrassment,” she later stated.

“I am completely in an utter state of shock,” Aubry added once she arrived at her new deserted island home. “But I never give up. For me, as soon as it hits the rock bottom that’s my favorite part because I know it can only go up. I thrive on pulling myself up from the bottom and that’s what I’m gonna do.”

Next week’s merge episode will feature a big surprise for the remaining 12 castaways still in the game as host Jeff Probst turns away from them and shouts, “Come on in!” The six Extinction Island inhabitants then begin approaching with enormous smiles on their faces. Which voted-out player(s) will return in “Survivor: Edge of Extinction”? Find out Wednesday, March 27 on CBS.

'The Masked Singer' spoilers: Who is Pepper?