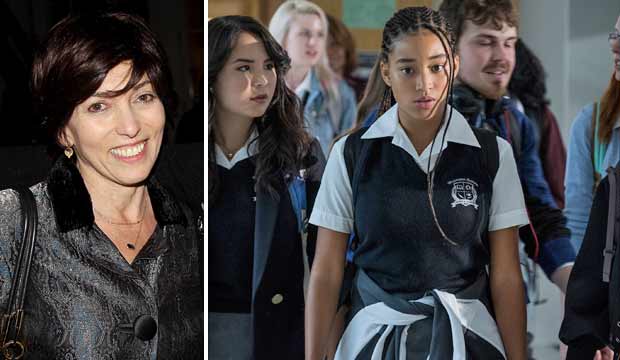 “The Hate U Give” screenwriter Audrey Wells took on an especially challenging task, adapting a bestselling young adult novel for the screen and addressing subjects like police brutality, crime and poverty in ways that would be accessible to teen viewers as well as an adult audience. Sadly, Wells didn’t live to see the film reach its audience. She died of cancer on October 4, 2018. The film opened the following day. Will she be commemorated with an Oscar nomination for Best Adapted Screenplay? She would be the 10th writer to be nominated posthumously.

A nomination for Wells wouldn’t just be a sentimental choice. The film earned rave reviews with a MetaCritic score of 82 and a Rotten Tomatoes freshness rating of 97%. She has already won prizes from critics in Indiana and Philadelphia, as well as online critics in Los Angeles. And she has been nominated by the Alliance of Women Film Journalists and critics from Utah.

As of this writing there is a strong consensus among Gold Derby users about four Oscar contenders for Best Adapted Screenplay: “BlacKkKlansman,” “If Beale Street Could Talk,” “A Star is Born” and “Can You Ever Forgive Me?” The fifth slot appears to be up for grabs. One of our Top 24 Users, Brandon Glenn, is currently predicting that “The Hate U Give” will round out the category. Our Top 24 were the two dozen users who had the highest scores forecasting last year’s Oscar nominations, and out of more than 8,700 participants, Glenn tied for the 12th best predictions accuracy (81.15%). So it’s wise to keep his and his fellow elite users’ predictions in mind when making your own.

The nine past scribes who were recognized by the academy after their deaths were as follows:

SEE‘The Hate U Give’: Amandla Stenberg and Russell Hornsby tell NYC awards voters, ‘The film is an agent of change’ [WATCH]

Do you think Wells will join that list? Before “The Hate U Give” she wrote and directed the indie film “Guinevere” (1999), which won her a screenwriting award at the Sundance Film Festival and earned her a nomination at the Independent Spirit Awards. Among her other credits she also penned “The Truth About Cats and Dogs” (1996) and “Under the Tuscan Sun” (2003), the latter of which she directed and produced as well. Now Oscar voters may show their love for “Hate.”