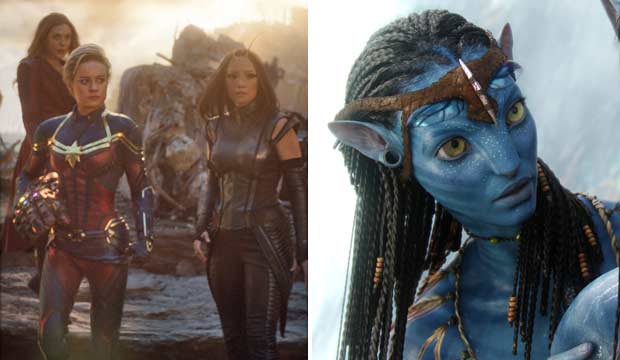 The surest way to win a competition is to own both teams, and Disney has certainly done that. It owns a huge share of the movie business, especially after they bought 20th Century Fox earlier this year, so when “Avengers: Endgame” (Marvel Studios, owned by Disney) finally crept past “Avatar” (Fox, owned by Disney) for the global box office record over the weekend, the record didn’t really change hands. All those billions are firmly gripped in Mickey’s white-gloved palms.

The rest of the top 10 consists of Paramount (third-place “Titanic” with $2.187 billion) and Universal (sixth-place “Jurassic World” with $1.671 billion, eighth-place “Furious 7” with $1.516 billion). Those companies aren’t in the Disney vault … at least not yet.

Of course, Disney didn’t just have a good weekend when it comes to the all-time box office record. Their CGI remake of “The Lion King” opened with $185 million domestic and already more than half a billion dollars worldwide. Will it ultimately out-gross the original 1994 animated version, which made $968 million across the globe? There’s a good chance of that, though perhaps not if you account for inflation. Either way, that’s another case of Disney fighting itself for bragging rights. Box office supremacy is starting to look like a game of solitaire.