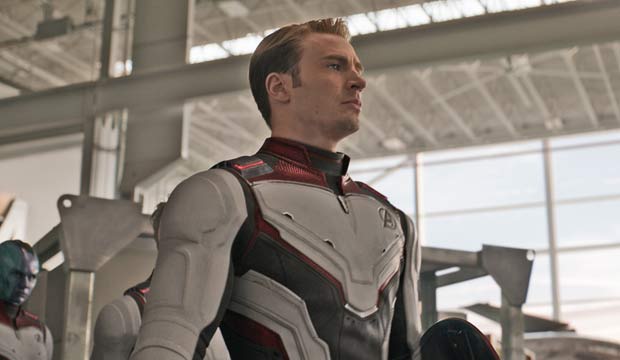 “Avengers: Endgame” ripped up the record books during its opening weekend, taking in an unprecedented $350 million domestically and $1.2 billion worldwide. But does it have the legs to beat the all-time records for the biggest box office grosses in history currently held by “Star Wars: The Force Awakens” and “Avatar” (not accounting for inflation). We asked our readers, and they think it’ll be a snap.

As I’m writing this on Friday, May 3, “Endgame” has already increased its domestic haul to $425 million and its worldwide total to $1.66 billion. But it may have added another few hundred million bucks to that haul by the time you read it — and that’s in just one week. So it’s understandable that 65% of respondents said the current records will go down.

“The Force Awakens” is the all-time domestic champ with $936 million in box office receipts. It was helped by stellar reviews, which likely led to lots of positive word of mouth and repeat viewings, keeping its totals high week after week following its $247 million domestic debut. “Endgame” also had strong reviews, not to mention an A+ CinemaScore, so it stands a good chance of holding up for several weeks too.

“Avatar” didn’t make as much money as “The Force Awakens” on these shores, but it’s the highest grossing title worldwide with $2.78 billion in ticket sales. To date it’s the only film to have made $2 billion just from international markets. But since “Endgame” leapt into the top six of all-time worldwide moneymakers in just one week’s time, it’s reasonable to assume it’ll ultimately come out on top there too.

Only 7% of our readers think “Endgame” will fall short of both all-time records. Who do you think is right? Discuss this and more with your fellow movie fans in our forums. 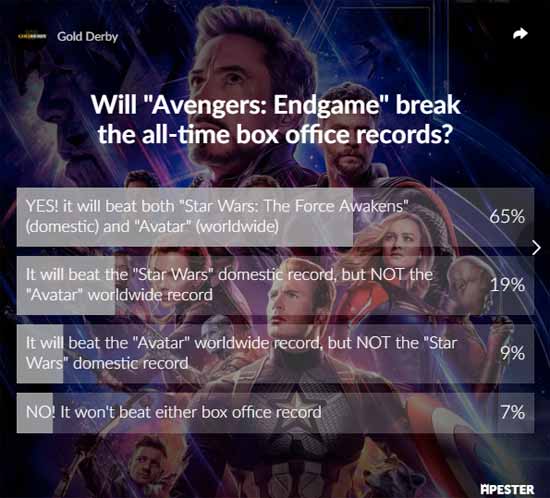