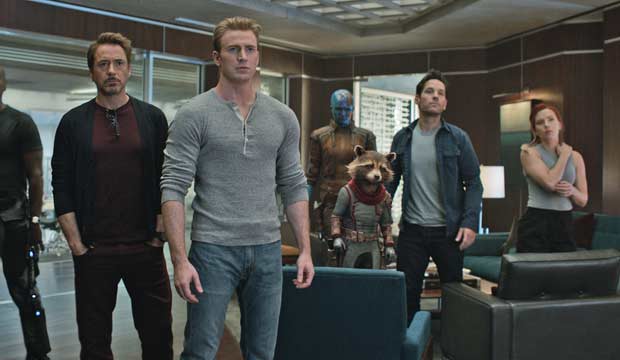 As positive reviews pour in for “Avengers: Endgame,” the 22nd film in the Marvel Cinematic Universe, I think we should consider taking them more seriously as art. Marvel has achieved an unprecedented feat in the history of film. There’s no awards category for this magnitude of achievement, so I think the whole franchise deserves an honorary Oscar.

Hear me out. Superheroes have become the bane of some critics and movie lovers who regret how the comic book genre has swallowed the industry whole in the last decade. I get sick of them sometimes too, and I wish there were more room at the multiplexes for the kinds of unique mid-budget comedies and dramas that have lately fled to the small screen. I also wish some featured MCU performers like Glenn Close (“Guardians of the Galaxy”), Annette Bening (“Captain Marvel”) and Michelle Pfeiffer (“Ant-Man and the Wasp”) had more opportunities to sink their teeth into more substantial roles. But consider the magnitude of the cumulative achievement.

As of now the MCU spans 22 films, all of which have been box office hits, and whose box office fortunes have increased over time instead of dwindling as most franchises do. “Black Panther,” “Avengers: Infinity War” and “Captain Marvel” have made almost $4.5 billion combined just over the past 14 months, and “Endgame” is poised to break the opening weekend record “Infinity War” set last year.

But okay, we all knew the Marvel movies were big moneymakers. What about quality? Well, critics should be the last to grumble: based on their reviews the MCU is arguably the most creatively consistent franchise in movie history. Among those 22 films, the lowest Rotten Tomatoes score for any of them was 66% for “Thor: The Dark World” (2013). That film also has the lowest MetaCritic score at 54. Not great numbers, but if that’s your artistic nadir after 22 movies, you’re doing pretty well for yourself. And let’s not forget that the franchise’s critical apex, the aforementioned “Black Panther,” just made history as the first comic book superhero movie ever nominated for Best Picture.

If it sounds easy to make reasonably well liked movies that consistently make money, just ask DC. Despite a couple of critical smash hits (“Wonder Woman,” “Shazam!”), the DC Extended Universe has often had trouble connecting creatively, as evidenced by the critical drubbing received by films like “Batman v. Superman,” “Suicide Squad” and “Justice League,” all of which scored well below Marvel’s worst movie on RT and MC.

So I’d say that overall achievement is worthy of special consideration by the academy. Perhaps Marvel Studios president Kevin Feige, who has produced every MCU film, should receive the Irving Thalberg Memorial Award, which was created to honor producers for their bodies of work and has been awarded to the likes of Walt Disney, Cecil B. DeMille, Jack Warner, Alfred Hitchcock, Steven Spielberg, Dino De Laurentiis, Kathleen Kennedy and many more.

What do you think? Am I right that Marvel deserves special consideration by the academy, or am I out of my mind? Vote in our poll below to let us know what you think.