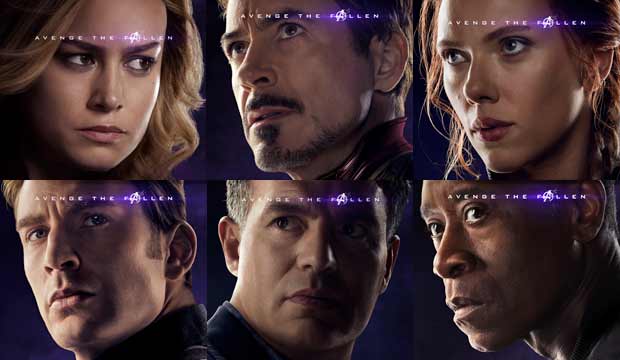 The SAG Awards are gonna need a bigger auditorium. That is, they will if “Avengers: Endgame” is nominated for their top award at the 2020 event. It’s not a spoiler to say that the three-hour extravaganza is chock-full of actors who have appeared in many of the previous 21 films in the Marvel Cinematic Universe, but it may be a surprise just how many of them are eligible to be counted among the official cast. And it’s all because of the end credits. I’ll spill some “Avengers” tea below, so this is your official SPOILERS BELOW warning not to read further if you don’t want to know anything about exactly who’s in the film.

Lots of movies feature tons of actors, but the SAG Awards have a specific eligibility requirement to be included on the cast list for awards purposes. As their rules state, “motion picture casts shall be represented by those actors with single card billing in the main titles, wherever those titles appear.” So if you’re listed in the main titles by yourself, no matter how big or small your role is, you’re eligible to be nominated as a member of the cast. And when the credits roll after this superhero epic, everyone and his mother (literally) gets an individual title card.

That includes the “Avengers” starting lineup including Scarlett Johansson, Robert Downey Jr., Chris Hemsworth and Chris Evans. It also includes more recent “Avengers” additions like Paul Rudd and Brie Larson, plus the villainous Josh Brolin as Thanos. And it includes a bunch of supporting characters around the Avengers’ orbit like Gwyneth Paltrow, Sebastian Stan, Benedict Wong and Danai Gurira. And many of those characters who were snapped out of existence last year in “Infinity War” make appearances, so welcome back Chadwick Boseman, Tom Holland, et al. (That’s only a spoiler if you didn’t know the next “Spider-Man” movie is coming out in a couple of months — of course they were bound to return in some capacity.)

But wait, there’s still more. Some big names who have appeared in previous Marvel films make cameos in this one, and they too get their own title cards, like Rene Russo (“Thor”), Michelle Pfeiffer (“Ant-Man and the Wasp“), Tilda Swinton (“Doctor Strange”) and Robert Redford (“Captain America: The Winter Soldier”). And no, the actors I’ve mentioned are not a comprehensive list.

The movie industry has been ambivalent about the superhero takeover of the multiplexes over the past 10-15 years, but awards voters proved they were willing to embrace them when “The Dark Knight” was a huge awards player in 2008 and when “Black Panther” made history with a Best Picture Oscar nomination (and three below-the-line wins) earlier this year. “Black Panther” even won the SAG Award for its ensemble cast, but the 12 actors who received that prize are a drop in the bucket compared to the “Endgame” lineup. You’d be hard pressed to find a member of the Screen Actors Guild who isn’t in this movie.

To date, the largest movie cast ever nominated by the guild was from the period drama “Bobby” (2006), for which 24 actors were nominated. “Endgame” would eclipse that total. If this cast earns a bid from their guild, the awards won’t just need to prepare a table for them, they might need to build an addition to the Shrine Auditorium. Or they could ask Thanos to snap away half the nominees so they all fit in one room.