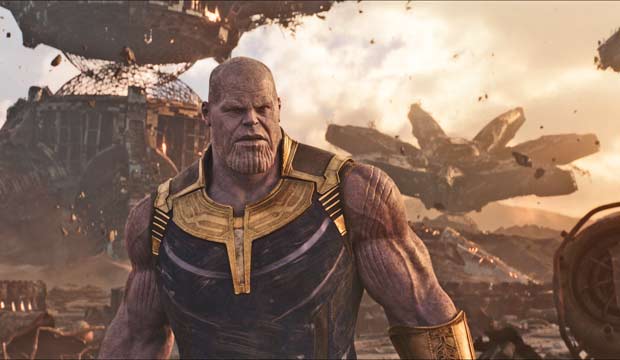 Many of us were surprised when Best Picture contender “Black Panther” was completely snubbed for its visual effects by the Oscars and the Visual Effects Society Awards. For a rare superhero blockbuster in the conversation for top prizes, visual effects seems like the strangest field not to nominate it in. The Marvel Cinematic Universe has actually never won an Oscar for its visual effects, but there is still another hope to make history this year: “Avengers: Infinity War.”

It does make sense that “Infinity War” made the cut instead of “Black Panther.” While “Panther” had better reviews and more overall awards appeal, “Infinity War” had showier effects with dozens of super-powered characters and alien locations, plus the motion capture performance by Josh Brolin as the villainous Thanos. And perhaps VES and Oscar voters felt it would have been redundant to nominate both Marvel movies, especially since the “Panther” characters and locations are also featured in “Infinity War.”

And maybe not having two Marvel movies around to split the vote is good news for “Avengers,” which is the front-runner to win Best Visual Effects at the Oscars based on the combined predictions of thousands of Gold Derby users. It gets leading odds of 10/3. And it already won at the VES Awards.

In our Oscar odds, the biggest threat to “Infinity War” is “First Man,” which ranks second with 19/5 odds. It’s a subtler movie — the VES awarded it for Best Supporting Visual Effects — but sometimes Oscar voters prefer the more understated effects of a prestige movie, as they have in previous years when they awarded “Gladiator” (2000), “Hugo” (2011) and “Ex Machina” (2015).

So will “Avengers” avenge “Black Panther,” or will “First Man” land with Oscar voters?

Will 'Watchmen' break the Emmy record?

2020 Emmys online: How to watch the 72nd Emmy Awards live stream without a TV

2020 Emmy nominations list: The contenders in all 23 categories handed out on September 20