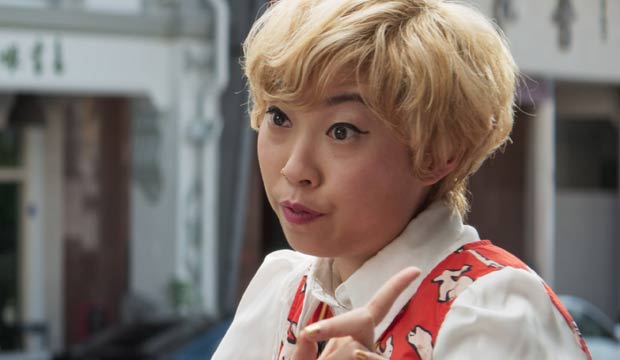 Comedy is a boys’ club, at least at the MTV Movie and TV Awards. Out of the 26 years Best Comedic Performance has been handed out, men have prevailed 22 times, leaving only 4 prizes for women. But according to the combined predictions of hundreds of Gold Derby readers who have given us their forecasts here in our predictions center, breakout star Awkwafina (“Crazy Rich Asians”) will be the fifth.

The early years of these awards were especially skewed towards men. From 1992 to 2010, the only woman who won was Reese Witherspoon for “Legally Blonde” (2002). Every other winner during those 19 years was male. But the 2010s have shown a lot more gender balance, with women claiming three of the last seven awards: Emma Stone for “Easy A” (2011), Melissa McCarthy for “Bridesmaids” (2012) and Tiffany Haddish for “Girls Trip” (2018). The victories for McCarthy and Haddish bode especially well for Awkwafina, who plays a scene-stealing sidekick in “Crazy Rich” just as McCarthy and Haddish did in their films.

As of this writing, Awkwafina leads our predictions with odds of 82/25. That includes support from 16 of our Top 24 Users who got the highest scores predicting last year’s MTV Movie and TV Awards, as well as 14 of our All-Star Top 24 who got the highest scores when you combine predictions from the last two years. And her victory would be doubly historic since the actress, who is of Chinese and Korean descent, would be the category’s first Asian winner.

Awkwafina’s biggest threat appears to be Zachary Levi (“Shazam!”), who is also hosting the show. That could be an advantage at these fan-voted awards since it gives him greater visibility (Haddish won this award last year while hosting the telecast). “Shazam!” is also a more recent film than “Crazy Rich Asians,” so it will be fresher in fans’ minds. He currently ranks second in our forecasts with 39/10 odds and the backing of 4 of our Top 24 and 5 All-Stars.

Is this really a two-way race between Awkwafina and Levi, or are we underestimating their rivals Dan Levy (“Schitt’s Creek“), John Mulaney (“Big Mouth”) or Marsai Martin (“Little”)?