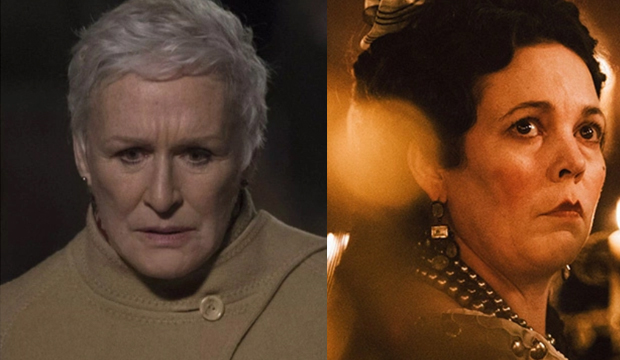 Ever since the BAFTAs moved up to take place ahead of the Oscars in 2001, they’ve done an outstanding job previewing the eventual Academy Awards winners in the four acting races. However, there are instances where having the home field advantage has meant that a Brit wins at the BAFTAs even if they go on to lose at the Academy Awards.

In 2017, Dev Patel (“Lion”) pulled off an upset in Best Supporting Actor leaving eventual Oscar winner Mahershala Ali (“Moonlight”) sitting in his seat. Colin Firth (“A Single Man”) did likewise in 2010 putting a stop to the winning streak of Jeff Bridges (“Crazy Heart”).

In 2005, Imelda Staunton (“Vera Drake”) won the Best Actress BAFTA over, among others, Charlize Theron (“Monster”) who would, in turn, prevail at the Oscars. Could we see the same scenario play out in this year’s Best Actress race? According to our BAFTA predictions, Oscar frontrunner Glenn Close is trailing the British breakout star Olivia Colman (“The Favourite”). While Close is the sole nominee from her film, Colman is but one of a dozen contenders from the Best Picture nominee.

While this marks Colman’s first nomination on the film side, she has won three of her five BAFTA bids on the TV side for her leading roles in both comedies (“Twenty Twelve,” 2013) and dramas (“Broadchurch,” 2014) as well as the catch-all supporting actress category (“Accused,” 2013).

Close has only been nominated at the BAFTAs once before, back in 1990 for “Dangerous Liaisons.” She lost to a Brit, Pauline Collins, who was recreating her Tony-winning performance in the film version of “Shirley Valentine.” Collins contended at the Oscars two weeks later but were bested by another Brit, Jessica Tandy, whose film “Driving Miss Daisy” had been ineligible at the BAFTAs.

PREDICT the BAFTA Awards now; change them until February 10