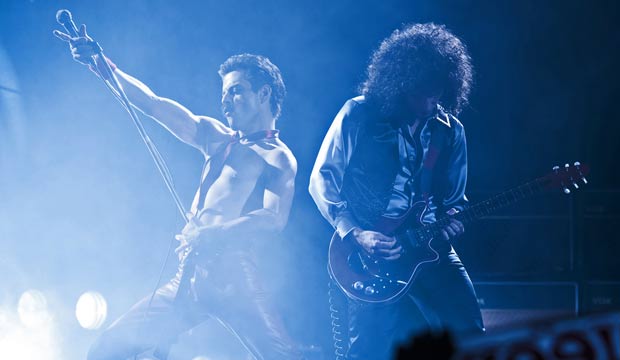 The BAFTAs were in an awkward position. They nominated “Bohemian Rhapsody” for Best British Film, but that meant nominating Bryan Singer, the film’s director. But after new and resurfaced sexual assault allegations against the filmmaker, the British academy decided to remove Singer’s name from the nomination. They announced in a statement on Wednesday, “In light of recent very serious allegations, BAFTA has informed Bryan Singer that his nomination for ‘Bohemian Rhapsody’ has been suspended, effective immediately.”

The statement continues, “BAFTA considers the alleged behavior completely unacceptable and incompatible with its values. This has led to Mr. Singer’s suspended nomination. BAFTA notes Mr. Singer’s denial of the allegations. The suspension of his nomination will therefore remain in place until the outcome of the allegations has been resolved. BAFTA believes everyone has the right to a fulfilling career in a safe, professional working environment, and it will continue to collaborate with the film, games and television industries to achieve this.”

The Best Picture category at BAFTA, the Oscars and other groups has the producers (but not executive producers) as part of the nomination. But Best British Film at BAFTA is a category which includes the producers, director and writers. That’s why this is the only awards group where Singer has actually been a nominee (until today that is).

Singer has been the elephant in the room for “Bohemian Rhapsody” all awards season as the Freddie Mercury biopic has collected plaudits at the Golden Globes, SAG Awards and more. There has been nary a mention of the filmmaker in acceptance speeches. But that isn’t just because of the sexual assault accusations. He was fired from “Rhapsody” shortly before the film wrapped due to repeated absences and clashes with the cast. So there was bad blood there long before The Atlantic published its expose.

“Bohemian Rhapsody” will retain its Best British Film nomination at the BAFTAs, but it will only be represented by producer Graham King and writer Anthony McCarten. The film has seven total nominations, including Best Actor for Rami Malek.