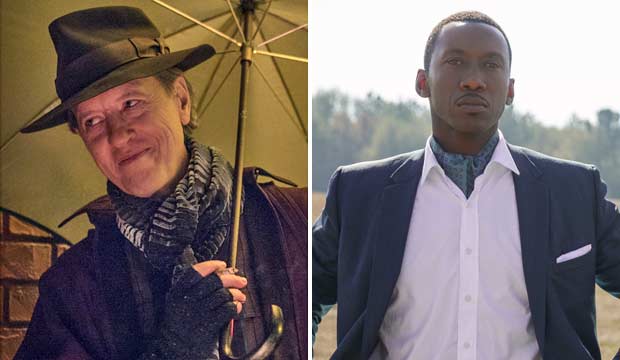 “Can You Ever Forgive Me?” scene-stealer Richard E. Grant has been a favorite of critics for his role as a down-on-his-luck grifter, but in January Mahershala Ali (“Green Book”) started building what may be unstoppable momentum in the Best Supporting Actor race, winning the Golden Globe, Critics’ Choice Award and SAG Award for his performance as a pianist facing racism in the Jim Crow South. But is he really unstoppable? We think Grant could beat him at the BAFTAs.

Grant has the home field advantage as an admired British actor. This is his first BAFTA nomination ever, so the British academy may want to finally reward him after a career that has included roles in “The Player” (1992), “The Age of Innocence” (1993), “Gosford Park” (2001), “The Iron Lady” (2011) and many more. And his performance in “Forgive Me” has already won him plaudits from film critics in Boston, Chicago, New York, Philadelphia and more.

But Ali is close behind with odds of 71/20 and support from Expert Bonnie Fuller (Hollywood Life). He’s also backed by half of the Top 24 Users who got the highest scores predicting last year’s BAFTAs and almost half of Editors who cover awards year-round for Gold Derby.

SEERichard E. Grant (‘Can You Ever Forgive Me’) based his grifter character on a friend who ‘still owes me money’ [EXCLUSIVE VIDEO INTERVIEW]

Ali has been an awards steamroller since the Golden Globes. He also has the advantage of the fact that his film is nominated for Best Picture, so there may be more widespread BAFTA support for his film than there is for Grant’s. And he has an IOU with the British academy too: even though he won the Oscar for “Moonlight” (2016), he lost the BAFTA Award to Dev Patel (“Lion”), so voters may feel like they owe him one.

So both men are due at the BAFTAs, but only one of them will get his due. Which will it be? Or might we be underestimating their rivals Timothee Chalamet (“Beautiful Boy”), Adam Driver (“BlacKkKlansman”) and Sam Rockwell (“Vice”)?

Sophomore bump: 'Succession' is the first drama series Emmy champ in 22 years to achieve this…

2020 Emmys explained: 'Watchmen,' 'Schitt's Creek' and 'Succession' are the biggest winners of the…

Who was left out of the Emmys 2020 'In Memoriam' that honored Diahann Carroll, Regis Philbin, Carl…