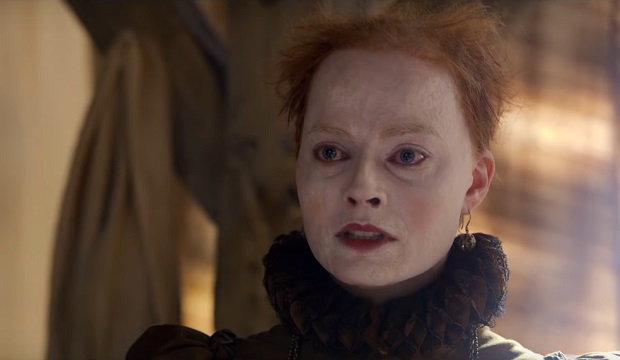 The 2019 BAFTA nominations include five performances that are not certainties at the Oscars. These bids at the BAFTAs could be just the boost that Viola Davis, Adam Driver, Claire Foy, Margot Robbie and Sam Rockwell need with Oscar nominations voting underway until next Monday (Jan. 14).  Remember, the British academy closely resembles the American one in both size and makeup, and the two groups have significant overlap. Other than the SAG Awards, this is the only industry group to weigh in before nominations for the Oscars are announced on Jan. 22.

Here is how being recognized at the BAFTA Awards help these five performers:

Viola Davis (“Widows”)
Davis was considered to be a strong contender for Best Actress before awards season got into full swing. While critics praised her performance in Steve McQueen‘s crime drama, they were left underwhelmed by the film as a whole. Coupled with tepid box office, the Oscar odds for McQueen’s follow-up to “12 Years a Slave” started to slide. After Davis was snubbed by all the key precursors, we had thought she was out of the running. This BAFTA nomination puts her back in the fight for that fifth slot at the Academy Awards.

SEE 2019 BAFTA Awards nominations: ‘The Favourite’ far ahead of ‘Roma, ‘A Star Is Born,’ ‘Bohemian Rhapsody’

Adam Driver (“BlacKkKlansman”)
He is currently ranked fifth on our Best Supporting Actor chart. The strong showing at BAFTA for his film, which is one of the five Best Picture nominees, could signal that we are underestimating it at the Oscars. Driver did contend at the Globes (he lost to Mahershala Ali of “Green Book”) and is up at the SAG Awards. He is one of the six nominees at the Critics’ Choice Awards.

SEE 2019 BAFTA Awards by the numbers: Every film, every nomination

Claire Foy (“First Man”)
Like Driver, Foy is in fifth place on our Best Supporting Actress chart. Her scene-stealing performance as Janet Armstrong, the feisty wife of pioneering astronaut Neil Armstrong (Ryan Gosling) merited attention from the Golden Globes and Critics’ Choice (which has six nominees) but was snubbed by the SAG Awards.

SEE 2019 BAFTA Awards: Full list of nominations led by ‘The Favourite’ with 12

Margot Robbie (“Mary Queen of Scots”)
Robbie was red-hot last year, producing and starring in the biopic “I, Tonya.” She followed up that star turn as Tonya Harding with a featured role as Queen Elizabeth in this historical drama. She is all but unrecognizable as the imperious monarch. While the SAG Awards recognized her performance, she was snubbed at both the Globes and Critics’ Choice Awards.  With the Supporting Actress race in flux, she could well sneak in to the final five.

Sam Rockwell (“Vice”)
His characterization of president George W. Bush in Adam McKay‘s political satire has proven divisive. He was nominated by the Hollywood Foreign Press Association but snubbed by the Broadcast Film Critics and his brethren in the guild. But now with this recognition by BAFTA, last year’s Oscar winner for Best Supporting Actor (“Three Billboards Outside Ebbing, Missouri”) could well be back to defend his title.