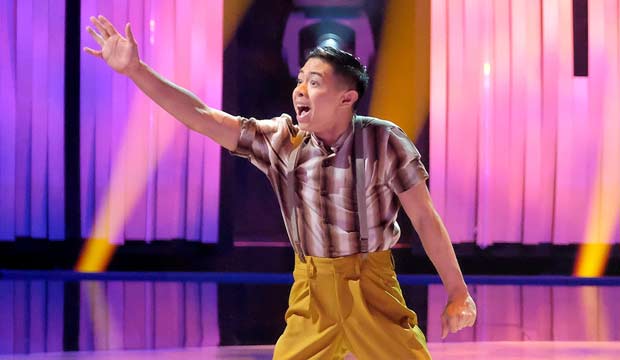 Bailey Munoz will win “So You Think You Can Dance” tonight. That’s according to the combined predictions of more than 100 fans who have made their forecasts here in our predictions center (you can make or update your own before tonight’s show). And when we asked our readers who should win the season, the answer was the same. So will he truly dominate the competition when America’s favorite dancer is revealed? Scroll down to see our odds and poll results.

Well over half of our users are predicting a Munoz victory, giving him leading odds of 21/50. And a whopping 54% of our poll respondents say that’s the rightful result. That wasn’t always the case, though. Going into the first live show, contemporary dancer Madison Jordan was the front-runner to win, but she only made it to the top six. Then, as support for Jordan was waning, Munoz’s partner Mariah Russell took the lead. But after a couple of weeks of stellar performances with Russell, with other partners, and by himself, Munoz looks downright indomitable.

Munoz is a b-boy, so unlike the three contemporary specialists he’s up against, he didn’t come into this competition with prior experience learning choreography, let alone learning to dance in a wide array of styles. But he has proven remarkably adept at everything the show has thrown at him, including jazz, Broadway and Bollywood. The only style he significantly struggled with was ballroom, but that’s only because his small five-foot frame wasn’t built to lead a ballroom partner who’s taller than him.

Russell ranks second in our predictions with 6/1 odds, followed by Gino Cosculluela (7/1 odds) and Sophie Pittman (35/1 odds). Do you agree that Munoz will and should win season 16? 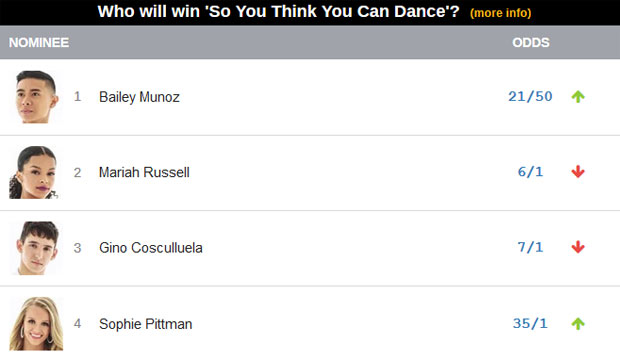 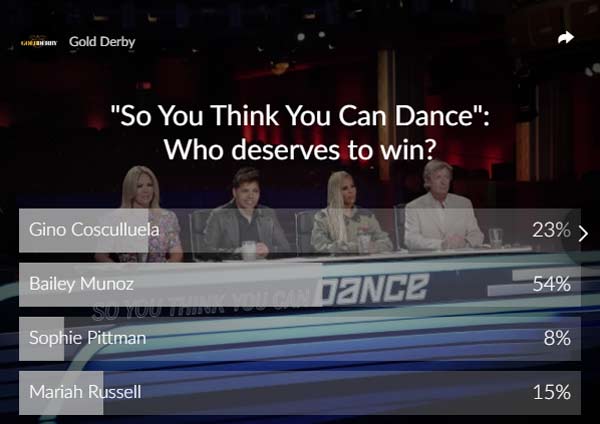 PREDICT‘So You Think You Can Dance’ now; change them until the season finale on September 16

Be sure to make your predictions so that the contestants can see how they’re faring in our racetrack odds. You can keep changing your predictions until just before the season finale airs on September 16. You’ll compete to win a spot on our leaderboard and eternal bragging rights. See our contest rules and sound off with other fans in our reality TV forum. Read more Gold Derby entertainment news.