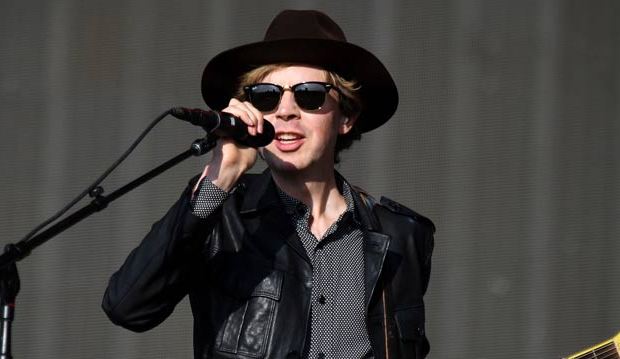 Beck has three Grammy nominations this year, and there’s one race where he’s on the verge of history. If he wins Best Alternative Album for “Colors,” it will be his third victory in that category, which would tie the record. Since this prize was first awarded in 1991, only two artists have achieved a hat trick: Radiohead and The White Stripes. Nice company to be in.

The revered British band Radiohead have been nominated a record eight times, and they won for “OK Computer” (1998), “Kid A” (2001) and “In Rainbows” (2009). Those were also the three albums that earned them nominations for Album of the Year, so Radiohead have never actually won Best Alternative Album without a bid in the top category.

The White Stripes actually went three-for-three: their nominations for “Elephant” (2004), “Get Behind Me Satan” (2006) and “Icky Thump” (2008) all resulted in victories. “Icky Thump” was the last album the duo released before they parted ways, so that undefeated record is likely to stand, barring a future reunion.

SEEOnly 2% of music producers are women, and the Grammys diversity task force is planning to change that

Now he’s back in the alternative field, in addition to bids for Best Engineered Album and Best Pop Solo Performance for the title track from “Colors.” And he’s the front-runner to win according to the combined predictions of thousands of Gold Derby users. He gets leading odds of 31/10.

But he faces a strong challenge from another past winner, St. Vincent (“Masseducation”), who is close behind with 19/5 odds. She previously won for her self-titled album in 2015, which made her only the second female winner in history after Sinead O’Connor (“I Do Not Want What I Haven’t Got”) in 1991.

Meanwhile, Bjork (“Utopia”) is hoping to become the third woman ever to win. She ranks third with 9/2 odds. She’s actually tied with Radiohead with eight total nominations for this award, but she has never won in any category, which makes her one of the most nominated artists in Grammy history without a victory. Can Beck hold them off to achieve his milestone third win?