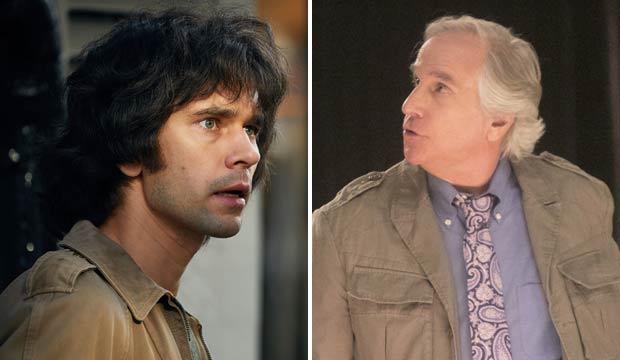 The Golden Globe categories for TV supporting actors are often tough to call since they combine everything: comedies, dramas, movies and limited series. But this year’s battle is so close that it’s virtually tied in our predictions: Henry Winkler (“Barry“) and Ben Whishaw (“A Very English Scandal“) both get leading odds of 71/20 as of this writing. But those predictions vary wildly from one predictions group to another.

According to the Expert journalists we’ve polled from top media outlets, Winkler is slightly out front. Seven of them are predicting him to prevail for his role as an acting coach to a conflicted hitman: Eric Deggans (NPR), Bonnie Fuller (Hollywood Life), Wilson Morales (BlackFilm), Nikki Novak (Fandango), Peter Travers (Rolling Stone), Ken Tucker (Yahoo) and Adnan Virk (ESPN).

You’ll notice that three of the Experts predicting Whishaw are also Gold Derby Editors, and they’re not the only boosters for Whishaw’s role as the gay lover of a British politician and the would-be victim of a botched murder plot. In fact, Whishaw is the overwhelming favorite of the Editors: eight out of nine of them agree that he’ll win. So who’s right?

On one hand, Winkler is already a proven winner. He took home the Emmy for Best Comedy Supporting Actor for “Barry” in September. That was his first ever prize at those awards, but the Hollywood Foreign Press Association loved him decades before the television academy finally caught on: he won two Globes in a row for “Happy Days” (1977-1978).

However, Globes voters might want to award someone new instead of rubber-stamping the Emmys’ choice. That helps Whishaw, a first-time nominee with the added benefit of appearing in two Globe-approved projects for the price of one. In addition to “Scandal,” he co-stars in “Mary Poppins Returns,” which is nominated for four Globes including Best Film Comedy/Musical.

So which will win: Winkler or Whishaw? Our Experts and Editors are sharply divided, so this race could be a dead heat right up until the moment the awards are handed out on January 6.